From CCTV via Xinhuanet: 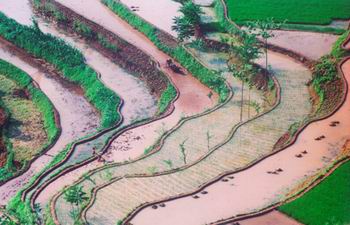 A national land survey (excluding Hong Kong, Macao and Taiwan) by the Ministry of Land and Resources showed land used for construction totaled 258,533 hectares last year, down 24 percent from the same period the previous year.

The country has set a target of maintaining 120 million hectares of arable land by 2010 to ensure food security. The government has tightened restrictions on the acquisition of farmland for construction. [Full Text]