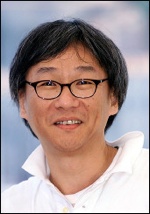 In 2000, Taiwanese engineer-turned-director Edward Yang won the Cannes best director award in 2000 for “Yi Yi.” The press reported his death today. Yang was 59.

From Min Lee of AP, via The International Herald Tribune:

Yang, an American citizen, passed away at his home in Beverly Hills on Friday, film consultant Norman Wang told The Associated Press. Wang said Yang’s family asked him to release the information to the press.

Many blog posts in Chinese and English honoring Yang are here. The following clip from the end of Yang’s film “Yi Yi” was uploaded to YouTube by alsolikelife as a eulogy to “one of Taiwan’s greatest filmmakers.”