For all official newspapers, what appears on the front page and even at which position using which fonts, have been instructed by the Central Propaganda Department for decades. This is not news. But it is still rare that five newspapers, including four nationally published ones such as People’s Daily, Guangming Daily, Economic Daily and PLA Daily, ran almost identical front page layouts on the same day, including the headlines and placement of photos and articles. This is one sign that recent media control has been tightened to an unusual degree. 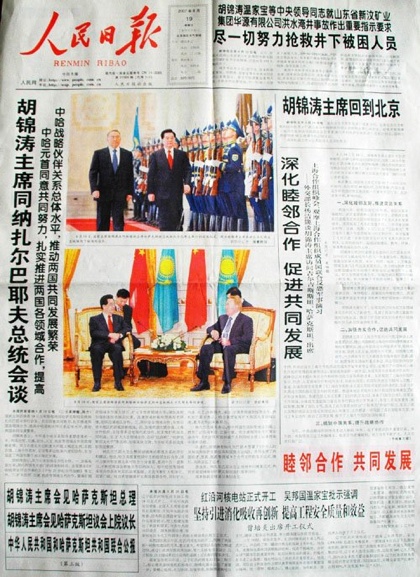 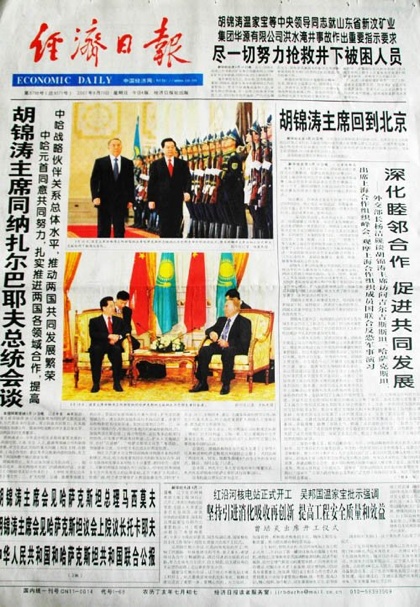 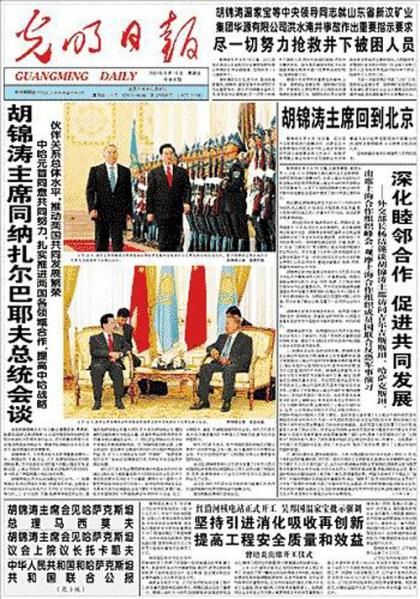 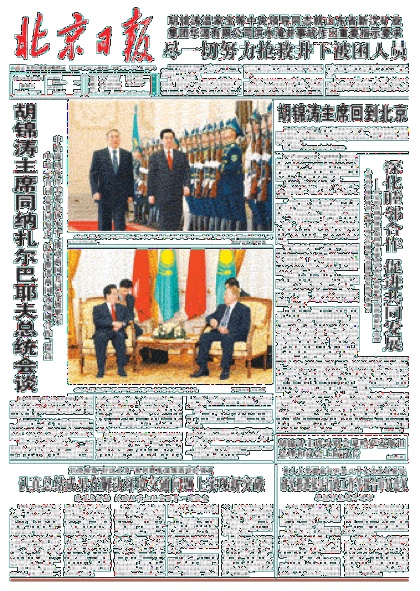 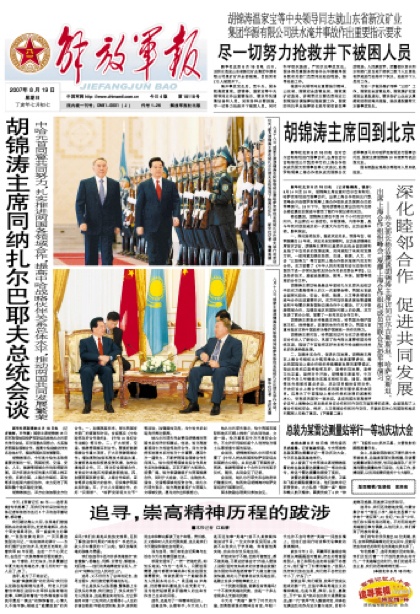 According to Li Datong, a former editor of China Youth Daily: People’s Daily, Guangming Daily, Economic Daily and a few others are still directly subsidized by budgetary allocations within the government. Following are approximate translations of the headlines from the People’s Daily’s front page:

1, Right top corner: Central Committee leaders Hu Jintao, Wen Jiabao and others issued important instructions and requirements to Shandong company to do everything possible to rescue around 180 miners trapped in the flooded mine.