In China, Protesters Clash With Police Over Dangerous Factory

The peaceful resolution to the Xiamen PX protests doesn’t seem to be so peaceful after all. From the Washington Post:

Violent protests erupted in several southern Chinese fishing towns after residents heard a chemical factory rejected as environmentally dangerous by the nearby city of Xiamen would be built in their area instead, witnesses and other residents said Monday.

The protesters, who began their uprising peacefully on Thursday, clashed repeatedly with baton-wielding police Friday and Saturday in several towns on the Gulei Peninsula, about 50 miles south of Xiamen on the Taiwan Strait, the witnesses and residents said. A dozen people were injured and carried away for treatment in local hospitals, and about 15 were arrested, according to demonstrators and their family members.

Many articles in Chinese cyberspace about the Dongshan protests have been deleted by the government censors, such as here, here and here. However, overseas Chinese websites already republished some of the contents, including photos and video clips. 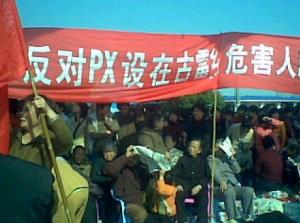 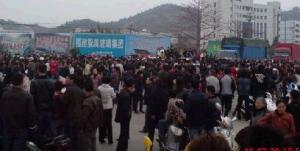 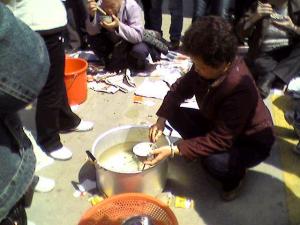