In Jianghua, Hunan Province, local party officials are claiming that some forms of petitioning the government are illegal. That’s why they’ve hung up signs throughout the city proclaiming things like “If you petition illegally, the penalty is imprisonment,” or “Attack those who don’t petition legally,” or “Wage a war for standard, orderly petitioning.” Local leaders may also be responding to a central edict to “keep track of key public complaint cases until they are solved,” as AP reports. But according to Hunan’s petitioning regulations (found here in Chinese), petitioning is not only entirely legal, it’s also encouraged. From bbbs.rednet.cn (Chinese only): 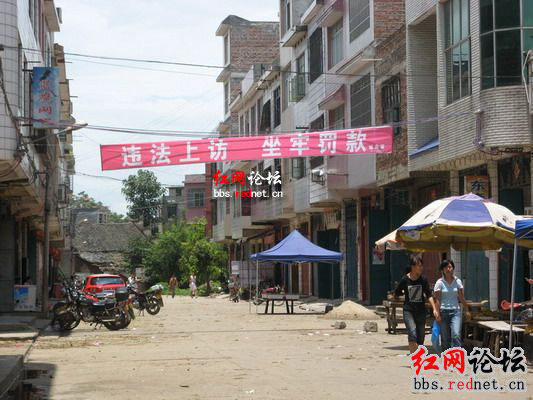 “If you petition illegally, the penalty is imprisonment” 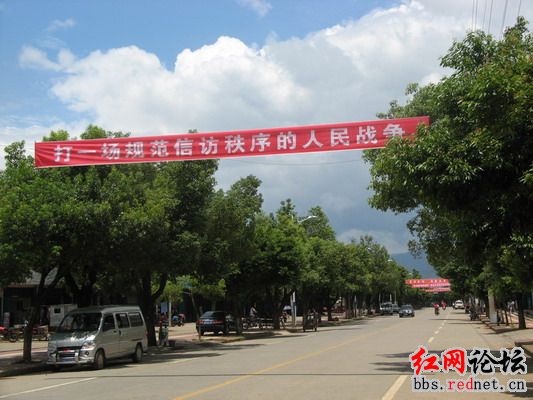 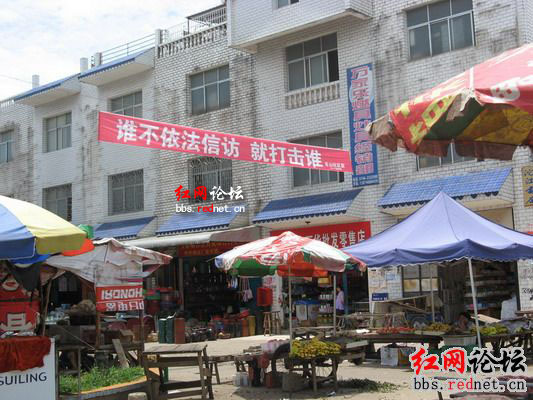 “Attack those who don’t petition legally”