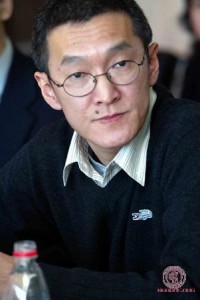 The once marginalized non-governmental organizations have undergone a profound transformation in China over the past 30 years. People actively involved in Chinese NGOs more than a decade ago were mainly retired officials, while nowadays more and more young elites have become full-time employees at NGOs and many white-collar professionals volunteer in these groups, said Kang Xiaoguang （康晓光）, a famous Beijing-based scholar and head of the NPO Research Center at Renmin University of China. Kang said there had been a very obvious trend of “elite-ification” of Chinese NGOs.

Kang cited two main reasons for the phenomenon. First, NGO and other concepts have become much better accepted by the society, especially among the middle class with higher education. Young elites are willing to lend a hand to NGOs; Second, as Chinese companies prosper and wealthy Chinese flock to talk about charity and corporate responsibility, donations to Chinese NGOs from domestic sources have been constantly increasing and that has driven up the salary levels of NGO employees, attracting even more elites to join the cause. Overall, Chinese NGOs have made great strides in the past decade in staff quality, professionalism and governance.

However, the government’s principles for managing NGOs has not changed because of the nature of NGOs – an NGO is essentially an assembly that is capable of collective action and powerfully challenging the government politically. “The government’s rule in managing the NGOs has always been ‘offer us more help and cause us less trouble.’ NGOs need to be both exploited and reined in,” said Kang.

Kang said NGOs could provide badly needed social services the government was unable to dispense, such as in poverty alleviation, caring for the aged and environmental protection. The government not only allows this type of NGOs to exist but also gives them some legal leeway to help them standardize their governance. For example, currently it is very easy to register all kinds of NGOs specialized in poverty alleviation. Government interference is also very rare when these NGOs raise funds or accept media interviews. Sometimes the government even allocates money to help their work in poverty-stricken areas.

On the other hand, any NGOs that have a political color or political aims have been under the tight grip of the government. The government’s attitude toward NGOs during the Mao era was banning them “across the board.” All social organizations were outlawed. Now the Chinese government’s approach can be described as “control by categories.” Those that cause trouble are watched more closely and those that help the government provide important social services receive more aid.

A Size Limit for Any Institution

In the regulations on NGOs promulgated in 1989, the size limit can be seen as a “high-voltage power line” suspended above NGOs. The government makes it clear that it is not ok if you have a big size, regardless of the types of the institutions or their purposes. Take the government’s moves to clean up Qi Gong groups and pyramid-selling schemes as an example. These groups used to boast memberships of up to 10 million. Even though they were only interested in making money and didn’t have any political aims, the government was highly suspicious of them and feared things might get out of control if they ever became political. The government now is not as interested in the size of an NGO’s bank account as in the size of its payroll. It is most concerned about its potential collective actions, Kang said.

Registration of Foreign NGOs Crawls Past 1%