AP reports that activist Liu Xiaobo is still being detained after participating in Charter 08, a document calling for political reforms and respect for human rights that has been signed by thousands of Chinese citizens. Chinese Human Rights Defenders has reported that several other Charter participants have also been detained around China. (It appears that the CHRD website has been hacked.) From AP:

More than three dozen others who signed the “Charter 08” statement have been harassed by police, according to the group Chinese Human Rights Defenders.

[…] Liu has been held since Dec. 8, possibly because police considered him a ringleader in organizing the charter, said lawyer Mo Shaoping, who is representing Liu and has defended many activists in the past. Mo said he has not gotten any updates on him since police detained him.

[…] Police appear to be gathering evidence against several individuals whom authorities believe to be the charter’s organizers, according to several people who were summoned for questioning, the rights group said.

The Age reports that more than 3600 people in China have now signed the document:

Dozens and probably hundreds of charter signatories have been arrested, interrogated and harassed, while heavy censorship continues to block mainland Chinese from easily accessing the document.

A blogger with the internet name NAKUL said he signed the charter on Sunday and was visited by two policemen the following morning. “The police have never been so efficient,” he quipped. 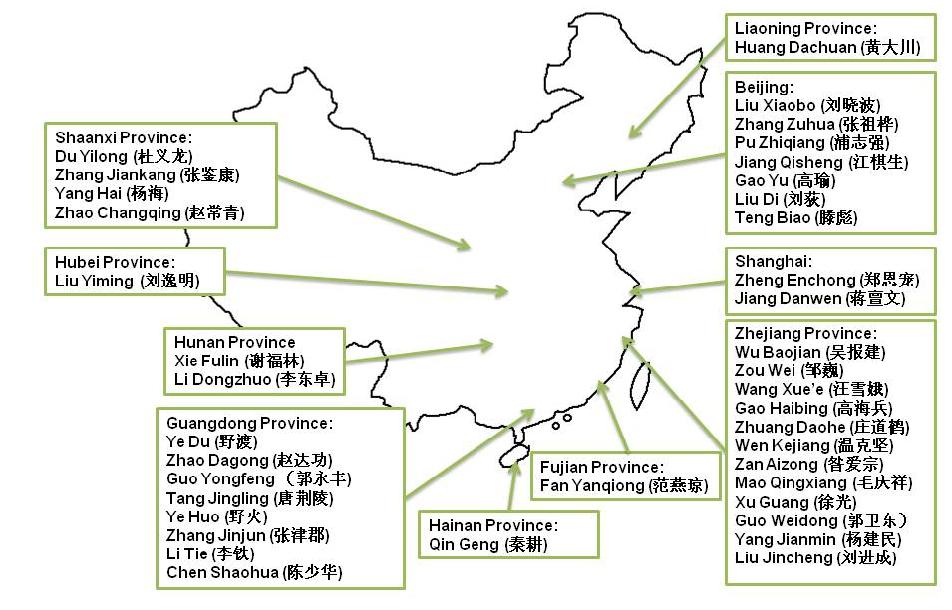 Update: The Washington Post has published an editorial in support of Charter 08:

CHINA’S Communist regime spent much of this year selling itself to the world as a rising power that offers an alternative to the democratic capitalism of the West. Its symbol is the Beijing Olympics, for which stadiums were built, crowds orchestrated and events staged with brutish efficiency — even as political dissidents and unsightly poor people were jailed or exiled from Beijing. But Olympics China is not the only forward-looking vision of the country, as a group of more than 300 intellectuals, journalists, rural activists and artists made clear last week. Their manifesto, Charter 2008, sketches a free and democratic China where human rights, democracy and the rule of law are paramount. While it might seem less formidable than the Bird’s Nest Stadium, our long-run bet is on the charter.