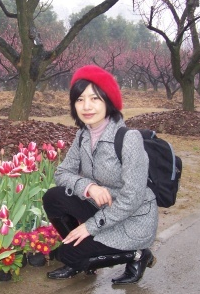 The Part I and Part II of Xiaozhao’s article are already translated and published on CDT. The following excerpt has been translated by CDT’s Linjun Fan; we will post additional segments in coming days:

The policemen continued to ask me questions. I wept several times later. Actually I was in tears almost from the beginning to the end. What a shame! Among the 8,000-plus people who signed the charter, I must be the one who shed the most tears!

After they finished questioning me about my personal information, they turned to the main subject.

“Where did you see the Charter 08? Did someone send it to your mailbox?”

“Washington Post said you got it from your mailbox.”

“They got that wrong. They interviewed me with the help of an interpreter. So there could be some inaccuracies.”

“Which website did you see the Charter 08 on then?”

”How come you can’t remember it?”

“Of course I can’t remember it. I never pay attention to the name of the websites when I browse articles online.”

“How did you know about the Charter then?”

“Through the Internet as well. I saw a message saying that Xiaobo was arrested at first. Then someone said that he was arrested because of the Charter 08 issue. I was curious to know what Charter 08 was exactly. So I searched for it. A lot of web pages had been deleted at that time, but there were ones that I could still access. That was how I got it.”

“I thought that I agreed with the statements on it after I read it. But I didn’t plan to sign it at first. Because,” I said grudgingly, “because in a country like ours it is risky to do things like that.”

That I have been summoned by the police is part of the risk.

“I posted Charter 08 on my blog. The article was deleted two days later. I was very angry. I was not even allowed to post it! Then I thought about the arrest of Xiaobo. I felt very sad. How unfortunate I am to be born into such a country. It is already a reality that we can’t enjoy many rights. But I don’t like it that we are not allowed even to speak out. I hope we can change this. That’s why I signed my name to it.”

“Ha! There isn’t much I can say about it. It was too simple for me. Many ideas expressed in it have already existed in my mind. There is nothing new about it as to its content. Some of the ideas have already been written into our constitution. Many people have said so on the Internet. Here is what I think: Although the content of Charter 08 is not new, and it has been repeatedly discussed by people, it is pioneering in the sense that the ideas are compiled in a single document and widely publicized, and accessible for anyone who agrees with its points could sign his name on it to show support.

“Actually,” I added. ” I don’t agree with all the articles in the Charter. I would have some different opinions if we look at them separately. But I agree with it totally if we take it as a whole.”

“What are the things you agree with, and those you disagree with?” Leather Jacket asked.

“I can not tell you. There are so many articles in Charter 08 that I can’t remember them all. Do you have a printed copy of it? I could tell you about it if you give me a copy.

I believe that they must have a print copy. But they said no. Perhaps they didn’t want me to give them a lecture on the Charter with a copy of it in my hand.

I have read many stories about having tea with the police on the Internet, written by those who signed Charter 08. Some said that they took the opportunity to advocate the Charter to the police, in a strategic move.

I didn’t plan to do that. First, I didn’t believe that the policemen had not seen the Charter; second, it is quite easy understand. There’s no need for lecturing; third, I don’t think I have the capability to convince the police. Thus I didn’t bother to even try.

There was a big envelope on the desk, and about eight pages of printed information scattered beside it. This was the “data” on me that the police had collected. The Leather Jacket took some of the papers to read as he asked me questions. I was curious to know what was on the paper. Of course they wouldn’t allow me to look at it.

I have got a “black document” now. What pride!

I thought of some of the words a blogger friend told me: “Xiaozhao, I am worried about what you wrote on your blog. You will have trouble if the government finds out about it. You will have a stigma that could never be erased for the rest of your life. You will be restricted in everything you do. There is a teacher who participated in the June Fourth incident. He could have been put into prison without the help of a senior scholar. Although he was not jailed, his life and career development were impacted significantly. He was a very talented teacher, and worked as a Presidential Assistant at his college for many years. He could have been promoted to the position of vice president, but he missed that chance several times, for he couldn’t pass the political evaluation. The “black” record on his file will never go away once it was put there. The older he becomes, the more slim the chance he would get to be promoted. There are plenty of cases like this one.”

Do you think that this kind of situation will last forever, and the Chinese people will live in fear for a lifetime? Fuck No! Don’t imagine that’s possible. It won’t be long for us to wait for the day to come.

I signed my name to Charter 08, and wrote articles on my blog about it. These actions were legal, reasonable and understandable. There’s nothing I am ashamed about. Instead, they showed that I am courageous and righteous. I should be proud of myself. I hope the police keep my file well and preserve it. One day in the future when I have silver hair all over my head, I will sit under a grape vine and tell my granddaughter a story, “Long long ago, when we Chinese people were fighting for freedom, your grandma overcame her fear and signed her name to Charter 08…” I could show the file to the little girl as proof, in case she thinks that I am bragging.

I was lost in my fantasy and the Leather Jacket pulled me back to reality.

“I sent an email to sign it. There was a mailbox listed on the Charter for accepting signatures. It was easy to remember. I committed it to memory as soon as I saw it.”

“Did you read the Charter carefully before you signed it?”

“Sure. I read it once when I first heard about it. Then I read it several more times carefully before I decided to sign it. I usually read any document at least twice before I sign it.”

“You are a very emotional person. You are quite impulsive. You signed your name on it before you were clear of what the Charter is…”

Oh for heaven’s sake. I was often said to be sentimental by others, just because I burst into tears easily. “I think I am a very rational person. Although I am emotional sometimes, I am generally calm. It was a rational choice for me to sign the document. I made that decision with a clear and calm mind.”

“It was a rational and right decision when you chose not to sign it at first. You signed it afterward, as you said, because the article you posted had been deleted. That was an impulsive and unwise action.”

“I signed it, because I support the statements in it. This was the primary reason. The second reason was that the article I posted was deleted and Xiaobo was arrested. I was angered. Thus I signed it. That was a backlash against your repression. ”

The saying goes that it’s easier to provoke the general into action than to invite him. The name Tang Xiaozhao wouldn’t have appeared on the sixth batch if I had not been irritated. I believe that there were others who did the same thing as me. The direct reason for them to sign the Charter is as a “rebellious” action. Although the government’s suppression has successfully scared some people, it provoked some others to rebel.

“It’s naive of you to do that. What can you change by signing a document? It’s no use. It could only bring you trouble. I think you are not mature enough in politics,” Leather Jacket said.