The Chinese new year ended with a blaze on Monday. A building designed by the Dutch architect Rem Koolhaas that is part of the CCTV complex in Beijing caught on fire while fireworks continued to go off around the city. From The New York Times:

A fierce fire engulfed one of the showcase Olympics-era buildings in Beijing on Monday, the last day of celebrations for the lunar new year when the city was ablaze with fireworks.

The building was designed by the Dutch architect Rem Koolhaas and is part of China Central Television’s new headquarters, an angular wonder of modernist architecture that sits astride the city. The CCTV complex was a hugely expensive trophy of Beijing’s pre-Olympics building boom, the result of many billions of dollars the ruling Communist Party devoted to making Beijing a city of the future.

The burning building housed a luxury hotel and cultural center, next to the main CCTV tower. Flames were visible from the ground floor to the top floor of the large building. CCTV estimated that the fire had begun a few minutes before 8:30 p.m., although some local residents said they saw flames as early as 7:45 p.m 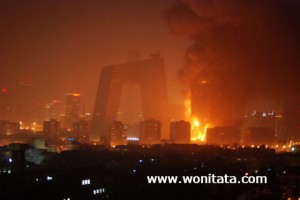 Shanghaiist has done an excellent job of compiling video and still images of the blaze. 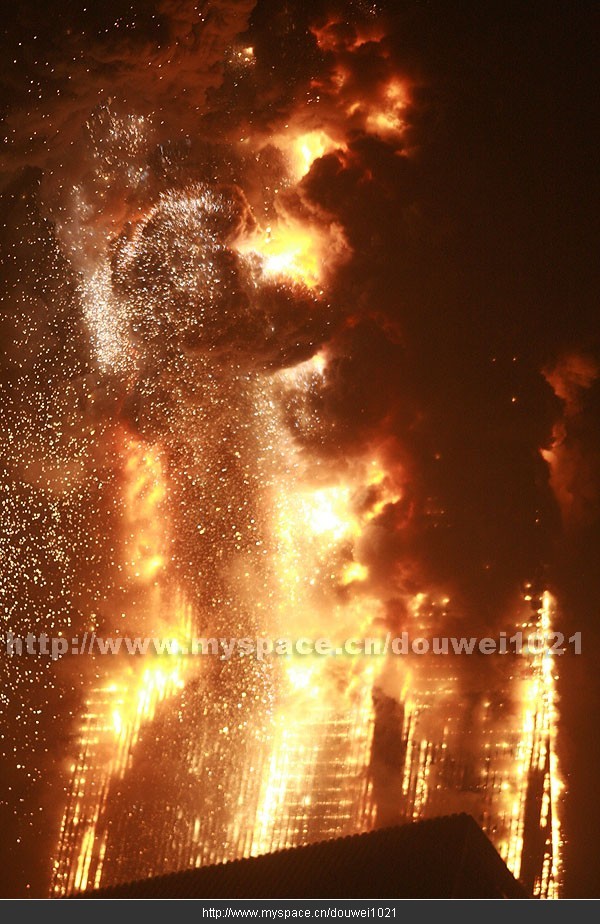 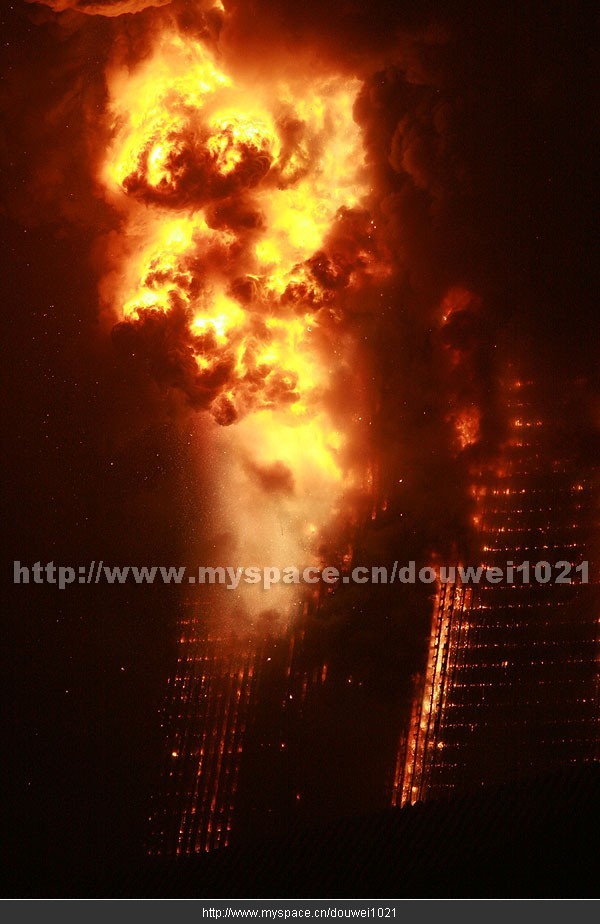 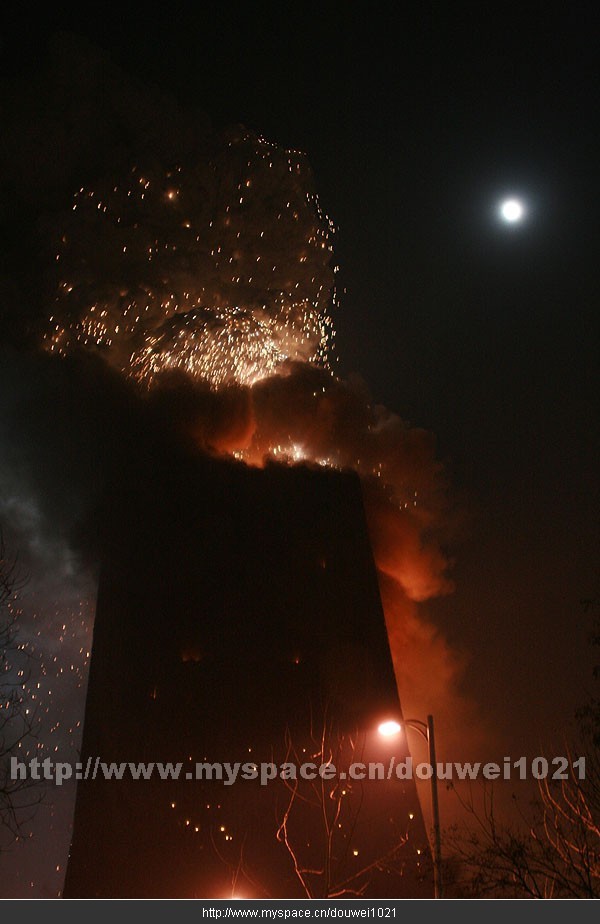 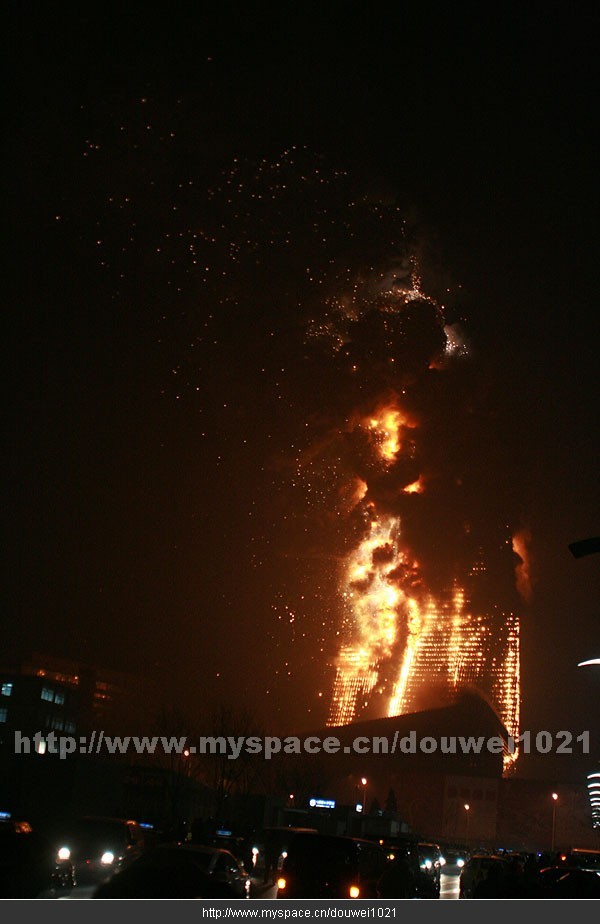 CCTV hired staff from a fireworks company to ignite several hundred large festive firecrackers in an open space outside one of its nearly-completed buildings, said Luo Yuan, spokesman and deputy chief of Beijing Fire Control Bureau.

The 30-storey building, about 200 meters from the iconic CCTV tower,houses the luxury Mandarin Oriental Hotel, a television studio and an electronic data processing center.