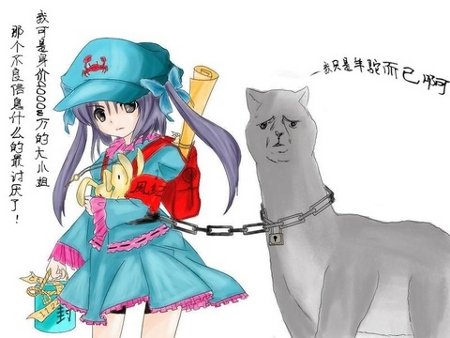 From the Chosun Ilbo:

Many Internet users in China are celebrating after Beijing delayed implementing its order that Internet-blocking software be installed in all new computers.

News of the delay turned a scheduled Internet boycott into an all-day celebration on Wednesday. Hundreds of opponents of the plan flowed in and out of a tucked-away restaurant in Beijing’s Caochangdi art district.

The well-known artist and activist Ai Weiwei organized the event. Dressed in neon pink, he walks around posing for photographs and signing T-shirts with slogans protesting the plan. Ai had proposed a 24-hour Internet boycott for Wednesday, the day the plan was to go into effect, and used online tools such as Twitter to invite people to gather at the restaurant near his home. “It’s just to let people know what our attitude is towards this kind of censorship,” Ai said.

By lunchtime the party already had over 200 guests enjoying free food and alcohol. Ai says he expects over 1,000 people from all over China to join the party before the day is over. “They traveled to Beijing many of them,” Ai said. “The guy on the phone there is from Hangzhou, some people are from the northeast, some are from different provinces. I was so surprised. Some are fans of mine, some are Internet activists, [and] some are human rights activists.”

Also from the Reuters:

Chinese web users flooded to a trendy art zone cafe on Wednesday to celebrate a last-minute halt to a rollout of government-sponsored filtering software, and make a stand for freedom of expression in the Communist-run state.

Dressed in t-shirts mocking the Green Dam program, about 200 Beijing residents had arrived by mid-morning to eat a traditional Chinese breakfast, denounce censorship and prepare for a day-long party.

Originally conceived as part of an Internet boycott to mark the July 1 launch of the filter — and to give a web-addicted generation something to do during the 24 hours of offline — the atmosphere was festive as guests celebrated what many said was an unexpected victory against state censorship.

“This is a very rare example for the government to suddenly push back an important decision the night before it is due to be rolled out,” said outspoken artist Ai Weiwei, who organised the boycott and the party.