Victor Navasky Brings a Message of Free Speech to China 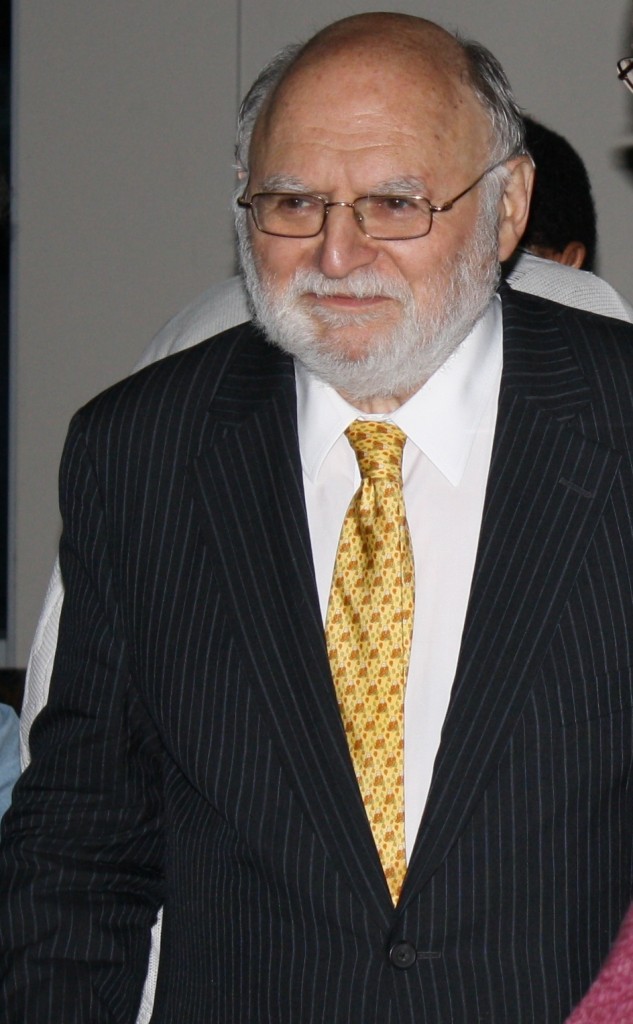 Victor Navasky was editor of The Nation from 1978 to 1995 before becoming publisher and now publisher emeritus of the magazine. In 2005, he won the George Polk Book Award for “A Matter of Opinion,” which has been described as, “a historically significant view of the role that public discourse plays in sustaining the democratic process in an age of mass media and corporate dominance.” He is currently Director of the Delacorte Center for Magazine Journalism at Columbia University and chairman of the Columbia Journalism Review, which now publishes a Chinese version.

Navasky took his first trip to China last year, and Josie Liu recently talked to him for CDT about his impressions of the country, CJR in Chinese, and why he thinks press freedom would be good for China.

Speaking at the University of Iowa this week, Victor Navasky, publisher emeritus of The Nation, told nearly 100 journalism students about the first lesson in journalism he ever learned: Journalism should be a thorn in the side of authorities.

Navasky said the same thing last year to a group of Chinese journalism professors, students, and top media executives in Beijing. At the 2008 World Media Summit, where he gave a keynote speech, he advocated for free press and expression. The speech was simultaneously interpreted to nearly 200 audience members at the conference without interference. After his speech, however, the moderator commented on the message by saying, very politely, that different societies have different perspectives.

Navasky, 77, currently the Director of the Delacorte Center for Magazine Journalism at Columbia University and chairman of the Columbia Journalism Review, which he helped bring to China, said he believes “it is a mistake” for the Chinese government to suppress press freedom. He cited two reasons. First, free press and speech, as a matter of theory and human decency, actually make the most effective and strongest governments. “If you allow dissent and debate, you get the support of your people,” he says.

Second, media suppression hurts the Chinese government’s public relations. It brings criticism of China, and will be a strategic problem hanging over China’s international relationships. Not to mention that suppressing the press does not really stop opposition movements. “They lose more than they gain,” Navasky says.

Navasky’s 10-day trip to China, which took place about two weeks before the Beijing Olympics, was his first visit to the country. While driving into Beijing, Navasky says he got the sense of a modern city filled with glass buildings, which “struck me as more modern than New York City,” he says. What impressed him was the light shows atop the buildings, although some of them were like advertisements, “which I don’t love,” he adds. The next day, he discovered that just a couple of blocks away from the very modern city where his hotel was located, was the Forbidden City. Then he got a chance to visit the Great Wall, and saw pictures of poverty on the outskirts of Beijing. “It is the contrast that sums up the society,” Navasky says.

Besides the modernity and sharp contrasts in Beijing, Navasky says he was also surprised by two political phenomena. He had assumed that Chinese people would view America as the enemy. “But what I left with was the impression that Japan was still the enemy,” he says. During last year’s trip, he also visited the Nanjing Massacre Museum. “It is as powerful as the Yad Veshem, the Israeli museum of the Holocaust,” he says. “I would hate to be a Japanese person going through there.”

The second surprise had to do with mainlanders’ attitudes toward Taiwan. “I just assumed that the attitude towards Taiwan would be like the Miami Cubans’ attitude toward Castro’s Cuba, that they want nothing to do with it, that it is an illegal, undesirable society,” Navasky says. Once he was in China, he soon realized that was not the case. Instead, he said he saw a very active exchange, cultural and personal, between Taiwan and mainland China, with political disagreements.

The World Media Summit, which brought Navasky to Beijing, was sponsored by the World Executive Group, a China-based company. This company is also the key player that brought the Columbia Journalism Review (CJR) to Mainland China. The CJR described the company as a “private company specializing in strategic consulting and information research.”

Navasky says this Chinese company came to CJR first, proposing the idea of publishing a Chinese version, called CJR Chinese. After a few rounds of negotiation, they agreed that the World Executive Group could pick and choose what they want to publish in the Chinese version, but whatever they choose to publish, they could not change a word. The Chinese company will pay the CJR for content copyrights, and the parties will share the income from the CJR Chinese website. CJR found experts in Mandarin Chinese at Columbia University to check the Chinese translations.

On the company’s website, in Chinese, it indicates that the company was founded in 1999 in New York City, by two former Chinese students in the U.S., and both of them, Ding Haisen and Yuan Haodong, once studied at Columbia University. They also list on their website Nobel laureate Professor Robert A. Mundell as the chairman of the board of directors.

The two parties signed a five-year contract, and the World Executive Group already paid CJR a down payment of US$100,000. The inaugural issue of the Chinese edition was released in December, and the second one is in process, but is already overdue. Yet Navasky says he is very excited about the deal, which he sees as an opportunity to bring the message of free press and expression, and all of the other problems and opportunities confronting contemporary journalism, to China. 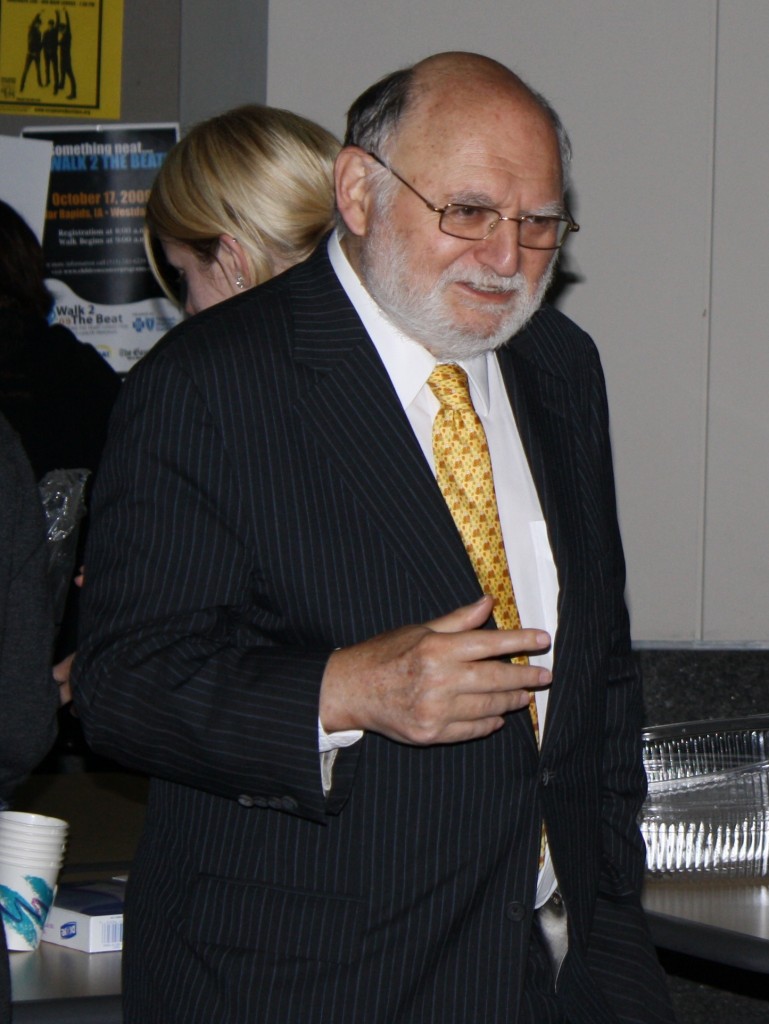 (Photos of Victor Navasky by David McNace, Iowa Journalist photographer, taken on October 13 at the University of Iowa)

More of Josie Liu’s work can be found on CDT and on her China in Transition blog.