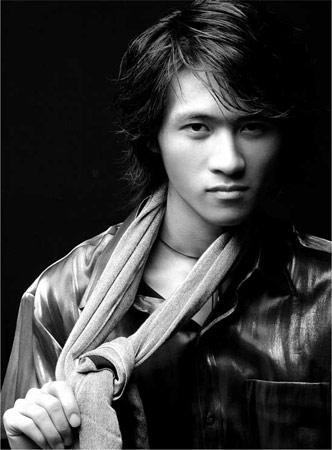 Han Han lives in Shanghai. He is an author of several best selling books, one of China’s top race car drivers and the most popular blogger on sina.com.cn. His new blog post, which employs his signature sharp, direct and sarcastic style, is once again an immediate hit in the Chinese blogosphere and BBS. Translated by CDT:

Mrs. Pan’s house in Minhang district was forcibly demolished today. Mrs. Pan threw some combustion bombs she made herself from the third floor. Regrettably the homemade bombs were made of bottles and naturally had a technical defect – they were not powerful enough. The fire engines aimed its water cannon and fired on Mrs. Pan after easily putting out the fire. Mrs. Pan had to surrender in the end.

Having read this news story, I delightedly realized that after 20 years of development the society has progressed. The assault rifles have been replaced by water cannons. Then what has led to such a fierce confrontation? Because in the “Big Hongqiao” development project this time, 480 squares meters of Mrs. Pan’s property will be demolished. The government is only willing to compensate her 670,000 RMB, which means for every square meter she can only get 761 RMB for the building and 1,480 RMB for the land.

When property prices in this city are well over 10,000 RMB per square meter, the compensation rate for forcible demolition stays in the hundreds. That is why residents throw combustion bombs. They used to have 480 square meters and you wanted to confiscate their land for the so-called construction, i.e. to do business. But what you compensated them could only buy them 40 square meters. And then the “forcible demolition teams” came. Whoever had weapons couldn’t help taking them out and putting them to use.

Of course this case also demonstrates that, first, it was very wise for the Chinese government to ban gun ownership ever since the old days. I remember there was an air gun in my home when I was small. It was used to shoot birds. Then one day the government suddenly announced that all air guns and hunting guns must be confiscated. It shows that our government was really farsighted. It was prescient that social tensions would intensify over a decade later. If the ordinary folks were equipped with air guns at that time, the demolition teams have to be armed with rocket launchers.

Secondly, it also shows that the Chinese government was farsighted to introduce public land ownership. Even Mao Zedong, who didn’t have any clue about economics, realized that land could become a big source of income as it’d be very costly to pay for government officials’ indulgences and taxation and the monopoly on resources might not be able generate enough revenue. Some time later the leaders were worried that they might sell out all the land and there wouldn’t be any left for the Party sons and Party grandsons to sell. They didn’t want to be blamed for that. So they issued a rule that land use rights would only be valid for 70 years after being purchased, so that the Party grandsons could sell the land once again.

Thirdly, there is a problem that the government must regret a lot now. If it knew the urbanization process would be so lucrative, it wouldn’t have given farmers land to build their houses on. That move has caused a lot of problems for demolition today. The government should have used designs for prisons to build villages. A village is a prison. A household lives in a cell. Then they could indoctrinate the villagers with People’s Daily, saying that this is what the Socialist countryside looks like and they won’t have to spend their own money to build houses any more. The houses are given to them by the government free of charge. Every family lives in concrete structures that have doors made of steel bars. Of course, keys will be in the villagers’ hands. One benefit of this practice is it eliminates all the trouble coming out of demolition later , even though it costs some money in the beginning. Another benefit is whenever someone commits a crime you can punish him by simply taking the cell’s keys away from him.

There are several other highlights in this incident, mostly quotes from some Minhang district officials. As we all know, Minhang leaders are always apt to have slips of  the tongue, and tell the truth accidentally. I think it is worth encouraging, because the outpouring of their hearts and minds is way better than those hypocritical officials. For example, the head of the Minhang district law enforcement team made the following remark about the “fishing gate”: Why should I help you when there’s no incentive of profits? This line was so profound and sincere and only, ““Will you speak for the Party? Or will you speak for the people?”” by a Zhengzhou official can match its greatness.

The “speaking the truth” relay started by Minhang officials also reached the Huacao township. The deputy head of the township Gao Baojin (高宝金) said: “You started a confrontation with the government. That has certainly violated the law. So it must be dealt with.”

Wu Zhongquan (吴仲权), director of Minhang district’s transportation and construction commission who’s also in charge of the district’s demolition work, had a quite novel explanation. He argued that land prices around the Hongqiao transportation hub were shot up by the news of the government’s development plans. So the added value of the land should not be enjoyed by the residents.

Do you find Minhang district objectionable? Are you curious that those officials’ jobs remain secure? If you think like this, you are too naïve, because they are Shanghai city government’s beloved hatchet men.

It’s like this: You are a department manager in a company and you give your underling 1,000 RMB to buy a printer with a market price of 1,000 RMB. Your underling gets the printer at the price of 300 RMB but still hands you an invoice of 1,000 RMB, plus 400 RMB in cash. He takes 300 RMB himself. In addition, you don’t have to pay for this underling’s food, because when he’s hungry he’ll go fishing. His only problem is he’ll run over some dogs when he drives in a hurry, sending a group of dogs to bark at your office from across the street.

Are you going to fire this underling for this? Of course not. You’ll only complain about the annoying dogs.

Yes the dogs that got run over are the unfortunate victims and we are just those barking dogs.