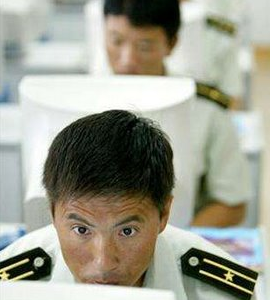 United States Defense Secretary Robert Gates welcomed a vice chairman of the People’s Liberation Army to the Pentagon last week in what many analysts saw as a sign of warming ties. Yet the smiles masked China’s aggressive development of cyberwarfare, and concern in Washington that in this area, America is on the defensive.

Consider the report released late last month by the U.S.-China Economic and Security Commission, which I head. Prepared by the Northrop Grumman Corporation for the Commission, the authors state China is conducting a “long-term, sophisticated, computer network exploitation campaign.” The report documents the most sophisticated cyberspying yet attributed to Beijing: a months-long cyber reconnaissance effort directed against a single U.S.-based company, followed by a “multiday” intrusion where large amounts of data were compiled and extracted to an Internet protocol address in China.