In commemoration of the PRC’s 60th anniversary, China Radio International held an online poll August 31-October 10 where over 56 million eligible votes for China’s “international friends” were collected. The candidates or their representatives were awarded December 8: 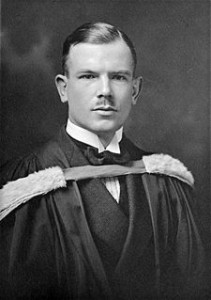 Those who came onto the list include Norman Bethune (pictured), a Canadian doctor who died during the anti-Japanese war in the 1930s for saving Chinese soldiers; John Rabe, a German who rescued 250,000 Chinese people during the Nanjing Massacre committed by the Japanese invaders; Juan Antonio Samaranch Toriello, honorary president of the International Olympic Committee who supported China’s bid for the 2008 Olympics; Edgar Snow, an American journalist who wrote the renowned book “Red Star over China” in the 1930s to make the Chinese Red Army world famous; Dr. Joseph Needham, a British scientist who spent some 50 years writing a milestone masterpiece “Science and Civilization in China”.

Also on the list are Poland-born Chinese citizen Israel Epstein, New Zealand educator Rewi Alley, Indian doctor Kwarkanath Kotnis, Thai princess Maha Chakri Sirindhom and Morihiko Hiramatsu of Japan. Top political advisor Jia Qinglin extended appreciation for the great support and help of the prize winners and their representatives… “China cannot develop without the support of foreign friends from various countries, neither can the world proper in the absence of China,” said Jia, chairman of the Chinese People’s Political Consultative Conference National Committee, while meeting with the winner or their representatives.