The L.A. Times‘ profile of Victor Koo, the founder of YouKu.com: 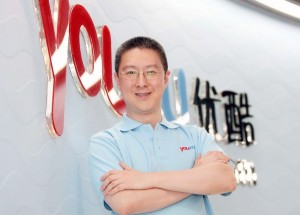 But please don’t call it YouTube: Less than a third of Youku’s content is user-generated, setting it apart from the U.S. video-sharing mega-site. The U.S. has long had programs such as “America’s Funniest Home Videos.” But “in China, user-generated video has chiefly been around for only five years,” he said. That’s why Koo is more focused on providing licensed, original content from various stations in China’s fragmented television industry. Koo wanted them to converge on his website. “The Chinese media environment is almost upside down compared to the United States,” he said. “In the U.S., there’s like six or seven media conglomerates. In China, every city has its own TV and newspaper.”

What’s hot: By far the most popular show found on Koo’s site has been “Narrow Dwellings,” a series that irked authorities for portraying modern-day China a little too realistically. (Think mistresses and corrupt government officials.) Its episodes have garnered 115 million total views. The company is now eyeing pay-per-view video and targeting mobile phone users.

…Controlled environment: Koo’s site early on ran afoul of China’s strict censorship laws. So he assigned teams of hundreds of workers to remove sexual content uploaded by users. Workers also squelched material that Beijing considered politically sensitive. Censorship is one of the reasons that Google Inc. has threatened to pull out of China. Cooperation won Youku one of the first official licenses for a video-sharing site, a decision Koo defends. “Any country has its own rules and regulations for its development,” Koo said. “When dealing with this environment, you have to be ready to work within the rules.”

Funding: Since 2006, Koo has raised $10 million in debt and $110 million in private equity funds from U.S. and Chinese investors, including Brookside Capital, Maverick Capital and Chengwei Ventures. The company posted revenue of $29.3 million last year and is eyeing a public offering in Hong Kong or the U.S. “Going from zero to IPO, that’s the goal you want to reach,” Koo said.

Learning to Live With Corruption

Booming Demand for TV on the Internet in China