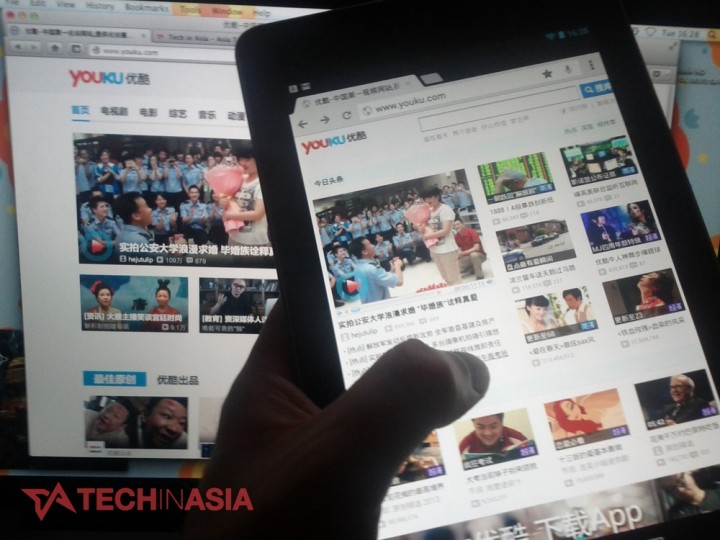 Chinese Internet users are now required to register their real names to upload videos to Chinese online video sites, an official body said, as the Communist Party tightens its control of the Internet and media to suppress anti-government sentiment.

The new rule has been implemented to “prevent vulgar content, base art forms, exaggerated violence and sexual content in Internet video having a negative effect on society,” China’s State Administration of Press, Publication, Radio, Film and Television (SARFT) said on its website on Monday.

The rule is “aimed at online dramas, micro-films and other online audio-visual programmes” the statement on the website said. It gave no further explanation.

Online video sites are often a lodestone for comment and critique on social issues in China, with users uploading videos documenting corruption, injustice and abuse carried out by government officials and authorities. [Source]

TechInAsia has more on real name registration in China, noting that similar measures have been taken for other means of digital communication:

As we’ve noted before, these real-name ID checks can cost the company RMB 2 ($0.33) per user, which can amount to a sizable sum for popular video portals. Youku reported it had 14 million daily active users in June of last year.

The movement for real-name registration isn’t a new one. We’ve already seen it implemented on WeChat, general internet access, and all phone and mobile network connections, as well as half-measures taken on Sina Weibo and dating sites. In the past however, the charge has typically been led by the Ministry of Industry and Information Technology (MIIT) rather than SARFT. [Source]

Wired looks to a Human Rights Watch report to situate this latest move towards Internet regulation into the Xi administration’s broader crackdown on online behavior:

The 2013 World Rights Report by Human Rights Watch notes that freedom of expression in China deteriorated significantly last year as the new administration came to power. The government, which already blocks access to many social networks such as Facebook and Twitter using “the Great Firewall”, launched a huge crackdown on micro-blogging sites known as weibo. According to the report:

“Since August, authorities have waged a campaign against ‘online rumors’. The campaign has targeted influential online opinion leaders and ordinary netizens. The authorities have detained hundreds of Internet users for days, closed down over 100 ‘illegal’ news websites run by citizen journalists, and detained well-known liberal online commentator Charles Xue.

Faced with firewalls and censorship, as well as attempts to force people to register SIM cards with their real names, Chinese citizens have proved overwhelmingly adept at finding their way around restrictions that are designed to intimidate them or prevent them from expressing themselves, but the increase in legal charges is a worrying sign that freedom of expression is only growing more risky and difficult in China. [Source]

For more on real name registration or Internet control and regulation, including coverage of the ongoing rumor crackdown and opposition to it, see prior CDT coverage.