Big Vs Speak Out Against Internet Crackdown 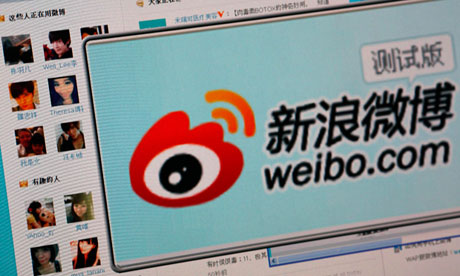 In the Xi administration’s ongoing effort to regain control of online public opinion, Internet misinformation has been identified as a major threat, and a legal means to punish rumor-mongers was recently issued—much to the chagrin of many of the country’s netizens and lawyers. Some of China’s Big V microbloggers—those prominent online voices with substantial social media capital—have been vocal in their opposition to the crackdown on online rumors. The New York Times reports:

Pan Shiyi, a property developer based in Beijing with more than 16 million followers, draws attention to the air pollution choking the city, and his messages played a significant role in forcing the government to take firmer action to reduce smog. Recently, he has also voiced misgivings about the government crackdown on Internet opinion. On Aug. 10, he posted this:

[…]Li Houlin, a Chinese jewelry businessman with 5.6 million followers, mixes his musings on society and commerce with criticisms of government policies. On Aug. 21, he criticized the crackdown on Internet rumors:

“These days when the spread of information has the capacity to have a real impact, each person must take responsibility for what he says. We must refuse rumors in the name of free speech, and must also avoid using the rhetoric about rumor to hinder freedom of speech. The most effective way to clean up rumors is not using state power to crack down, but letting the public promptly know the truth.” [Source]

In their coverage of the new Supreme People’s Court interpretation that sanctions fines and/or prison time for those involved in spreading online rumors, The Guardian spoke with Michael Anti. Anti notes that, in light of the court interpretation, Big Vs are likely to begin harnessing their opinions:

“This gives every corrupt local official a convenient tool to arrest anyone who criticises him,” said Michael Anti, a prominent blogger and media commentator in Beijing. “It means the end of the online anti-corruption movement.”

Unlike a similar internet crackdown in 2011 that mainly targeted dissidents and activists, the new law casts a wider net. Many writers, celebrities and internet entrepreneurs have millions of Weibo followers, and many will have to exercise greater caution in their posts, Anti said.

“This kind of political campaign, the anti-rumour campaign, can really create a chilling effect on the blogosphere,” he said. [Source]

In late August and as the new anti-rumor campaign was being unveiled [zh], Chinese-American investor and outspoken Big V Charles Xue was arrested on charges of soliciting prostitution. Xue has been known to use his Weibo account to voice calls for political reform. For more on Big Vs, Internet crackdowns, or online public opinion, see prior CDT coverage.