China’s Other Billion: The Children of the Revolution

Following is the latest installment in a series of posts by journalist Rachel Beitarie*, who will be sharing with us dispatches from her journey across rural China. In this post, Rachel visits Jinggangshan, Jiangxi Province “the reddest place in China,” a hotspot in Communist Party history, where she finds out what villagers really feel about the party. (Read previous installments of the travelogue here.)

The children of the revolution

Welcome to Jinggangshan, the reddest place in China, reads a tourism advertisement on a huge billboard. The young taxi drivers who drives us from the bus station grins when asked if the place is really all that red. “Of course”, he laughs. “We are the children of the revolution.” As a small child his grandmother told him how her parents had once had a very special guest for the night in their peasant shack: A young fugitive and leader of a rag-tag army named Mao Zedong.

Mao arrived here with about 900 people in late 1927 after a failed uprising in Changsha, capital of neighboring Hunan province. Thanks to his connections with local bandits, Mao’s men were given asylum and cooperation here, and were later joined by a force led by Zhu De to create the “Peasants and workers army,” an early incarnation of the PLA. Jinggangshan is therefore remembered by (some) Chinese as the cradle of the communist revolution, and of the Chinese army. 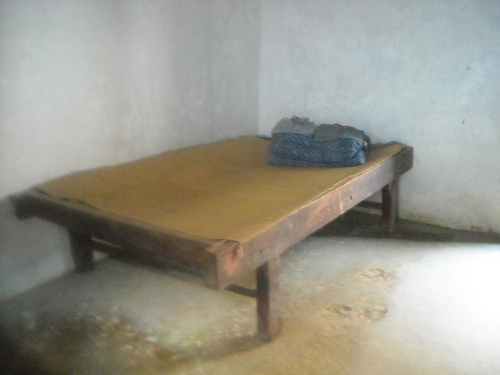 Today’s Cuiping, the main town of the area, is a small peaceful town with tens of thousands of people that receives about four million tourists annually. It has been a tourist destination since the fifties, when a nationwide cult of the Jiangxi mountain range started as part of the new regime’s attempt to turn history into myth. It is still the favorite of dewy-eyed party members reminiscent of a past that now seems glorious, and also of PLA soldiers and officers for whom it’s a favorite holiday destination fit for families and small children (They enter all sites for free). During the Cultural Revolution the cult of Jinggangshan was at a peak and millions of red guards would come here to retrace communist zeal. “They would eat just anything we had and threaten to beat us if we tried to say anything,” Jiang, a 59-year-old farmer, recalls. “My father used to say they behaved a lot like the peasants and workers army. But they didn’t even have the excuse of fighting a war.”

These days, though, everyone in Jianggangshan has enough to eat, and tourism brings relative prosperity to this formerly very poor area. Almost everyone in town, as well as in surrounding villages, works for the tourism industry: Those who couldn’t find jobs as drivers or receptionists, tour guides or waiters, opened small workshops in their backyards and are making bamboo products: cups and bowls and pipes that all bear the characters for Jinggangshan, and sometime the portrait of the Chairman as well.

“We love the party here,” another driver, surnamed Zhang, says as he drives up a narrow road past the village where Mao and his comrades once lived. “Because it’s a historical place and the cradle of the revolution, we’ve been favorites with the government for many years. This is why we have good roads, a train station and an airport, all in really good condition. So maybe in other places it’s different but here, yes, you may say I am a patriot. I support the government and the party.” 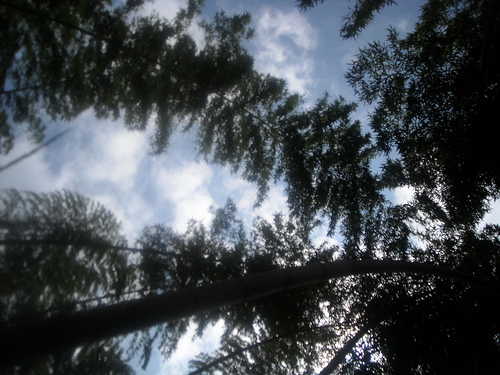 The roads that connect the villages and various tourist attractions are astonishingly good, unlike anything you can see in other parts of China. While in Yunnan mountains are being blasted and then cemented to build roads, and in much of northern Guangdong villages are still connected by dirt roads constantly under construction, the winding roads of Jinggangshan were built with great care and minimum interference with the natural environment. They are well-maintained to ensure a smooth ride, they are well marked, they even have shoulders. The roads, in fact, remind me very much of roads in Switzerland, if Switzerland had gorgeous bamboo forests. It is probably the absolute best that the Party can manage, which is very good indeed. Still, not all of Jinggangshan’s citizens are fond of the CCP. 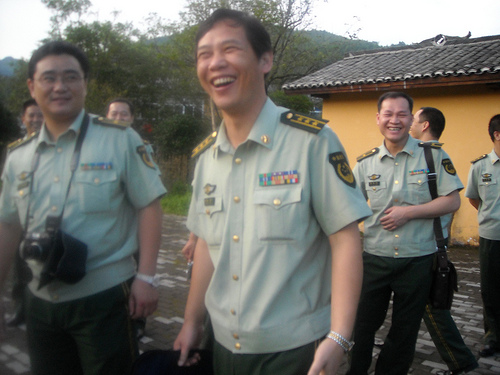 “It’s nothing like the party it was in the days when Mao was here,” says Wang, a villager from the five wells area, high in the mountains. Wang’s grandfather was one of Yuan Wencai’s men – the local bandits who joined Mao’s army. The grandson is in a somewhat less romantic position, selling souvenirs by the side of one of the many hiking trails. This job gives him time to read and play his flute, and also a chance to overhear many conversations of visiting party members. He does not like what he hears.

“All they talk about is money, their houses, their cars, their children who study abroad. There is no ideology anymore, only corruption. Look what happened with the schools in Sichuan when the earthquake hit: all because of corruption.” 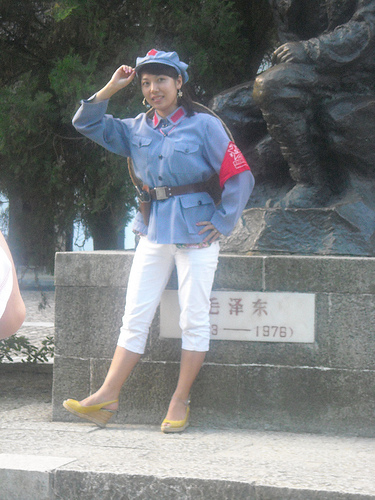 The tourists in Jinggangshan are mostly army personnel and their families or party members in big groups but there are some independent tourists of which Ms. Zhao of Sichuan is one. She is here on her daughter’s honeymoon together with her own husband, and the newlyweds – the wedding took place in Jiangxi, where the groom is from. Ms Zhao, who is a farmer, proudly watches her daughter, a recent graduate from nursing school, as she prances around in a rented revolutionary army uniform, waving a toy gun at a statue of Mao. The site they visit is called Dawang, formerly one of the villages that hosted Mao and the fourth army headquarters for a while (The communists were constantly on the move so Jinggangshan has several spots where tourists can pose in front of Mao’s former residence). “I don’t really like this party history tour. I don’t care about that,” Ms Zhao says as she glances at the shack where the chairman used to live. “They try to show how poor and modest the leaders were, how much they sacrificed, but how am I supposed to be impressed when many of us still live like this today? The weather here is very nice though.”