China’s Other Billion: Waiting for the Master Plan

Following is the latest, and final, installment in a series of posts by journalist Rachel Beitarie*, who has been sharing with us dispatches from her journey across rural China. In this post, Rachel visits Xi Ying village in Hebei, which she finds typifies much of what she has seen so far on her trip. Here, like many of the villages and towns she visited, she finds many people struggling on with their day-to-day lives, waiting for some unknown “master plan” which they hope will ease their difficulties. (Read all 15 installments of the travelogue here.)

In Xi Ying (西营) village of Hebei, five years old Li Jie is adjusting to rural life. She was born in Beijing, where she has lived until recently, but her parents, who both work in the city, sent her here recently to avoid the census: Li Jie is their third daughter. She now lives with her grandmother. The grandmother doesn’t think census takers will bother to come all the way to her village (we spoke on the week the census started). She will try, however, to send Li Jie to school next year.

Xi Ying is a village of only about a hundred families near the town of Jize, in the south part of Hebei province. This is the heart of the North-China plain, aptly named for being so flat. On their one Mu plots, the remaining peasants of Xi Ying grow corn, wheat and pepper, for which Jize county is famous. As elsewhere, the village population consists of mostly old people and small children. Most young adults leave the place to work in Beijing. The lucky among them save for an apartment then leave the village for good for cities like Handan or shijiazhuang. The less fortunate sometimes come back with ruined health or with injuries. Li Jie’s grandmother has another son, the child’s uncle, who hasn’t gotten out of her house in a year, and cannot do any work – but she can’t, or won’t explain why. At any rate, since that son is divorced with no kids, Li Jie will be passed off as his daughter so her parents can avoid being fined for having her. The kid herself explains that in a matter of fact way before running off to play with a friend.

Li’s grandmother, surname Zhao, is more reluctant to talk, but she is still one of the more talkative among Xi Ying’s residents. Near another farmers’ house, a smile and wave I gave to a girl elicited a hostile response from an old lady (presumably the girl’s grandmother), who waved us away and almost chased us off her street. Zhao and her friend, sitting on a log near the village square, later threw some light on that obvious expression of fear in the other grandma’s eyes. Rumors around the villages tell that last year, two kids from Jize town, only few kilometers away, were kidnapped and never found. Zhao isn’t sure whether this story is true, but admits she feels uneasy ever since Li Jie came back, and wouldn’t let the girl out of her sight. 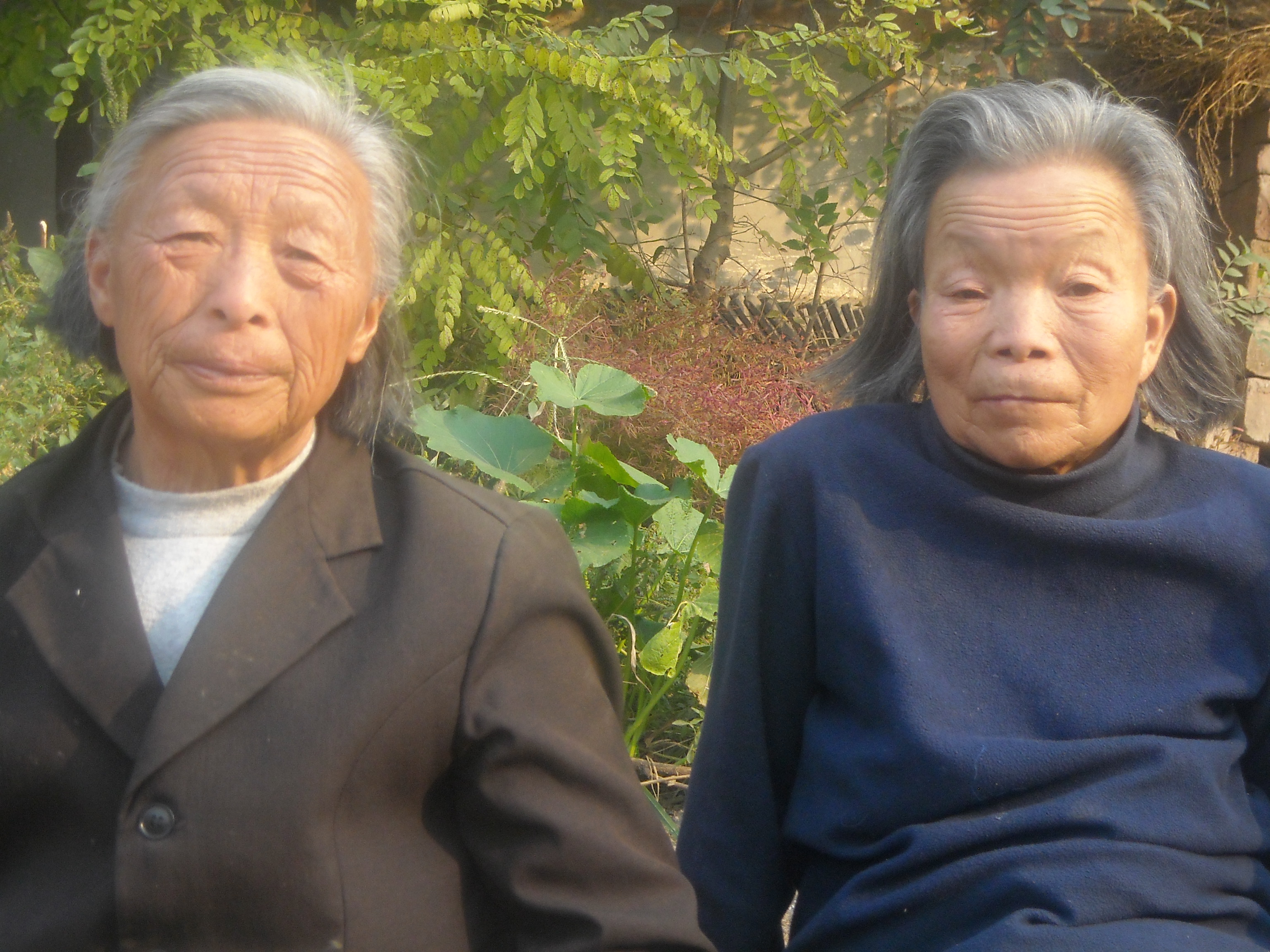 Strangers coming to Xi Ying are few and they usually try to sell something, or interfere with someone’s business, which makes the locals’ distrustful attitude seem only natural. Digging a glasses case out of my bag, I was immediately told by an old woman she has cataracts anyway, and therefore has no need for glasses. I was actually just cleaning my own, but others who visited Jize and Xi Ying at the same time were selling something: a family of five Tibetans who came all the way from Lhasa to sell cheap plastic toys in Hebei. They stay in Handan city and make the rounds in smaller villages or town, cashing in on grandparents’ tendency to dote on their grandchildren.

It is said one should read the writing on the wall. In Xi Ying, there are many things written on many walls, but nothing particularly revealing if one wants to learn where this community is heading. 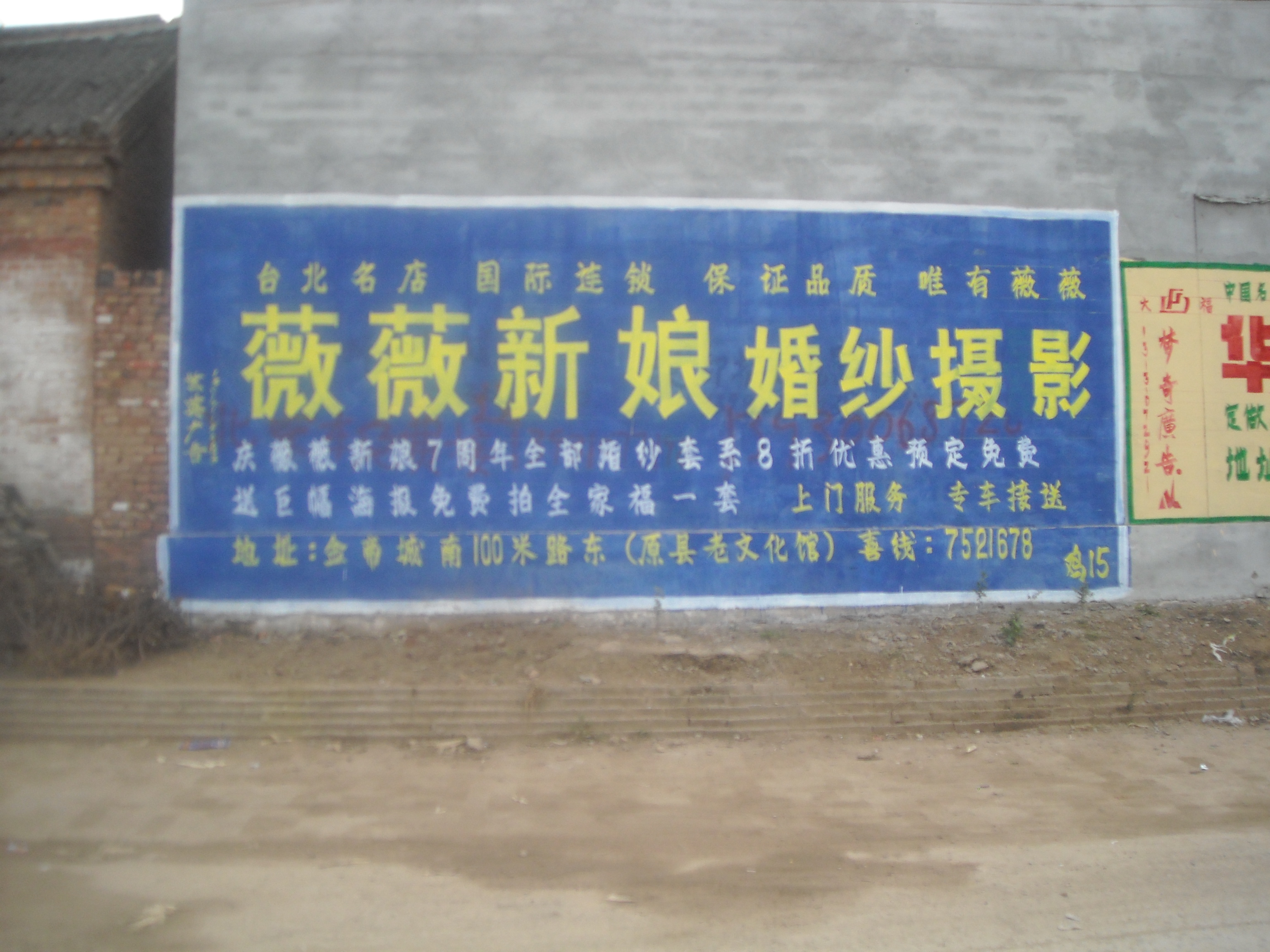 The writings tell of Hebei rural life though. They are all advertisements: For wedding photos, wedding music bands, cars for rent to use at weddings, matchmakers as well as other service providers: handymen offering solar heaters installment, roof fixers, well diggers – the last seem to be popular. Zhao says the water supply to fields and even households is dwindling because the official supply system is in bad repair and the river is polluted. Several wells were recently dug in the village, paid for from the farmers’ own pockets. 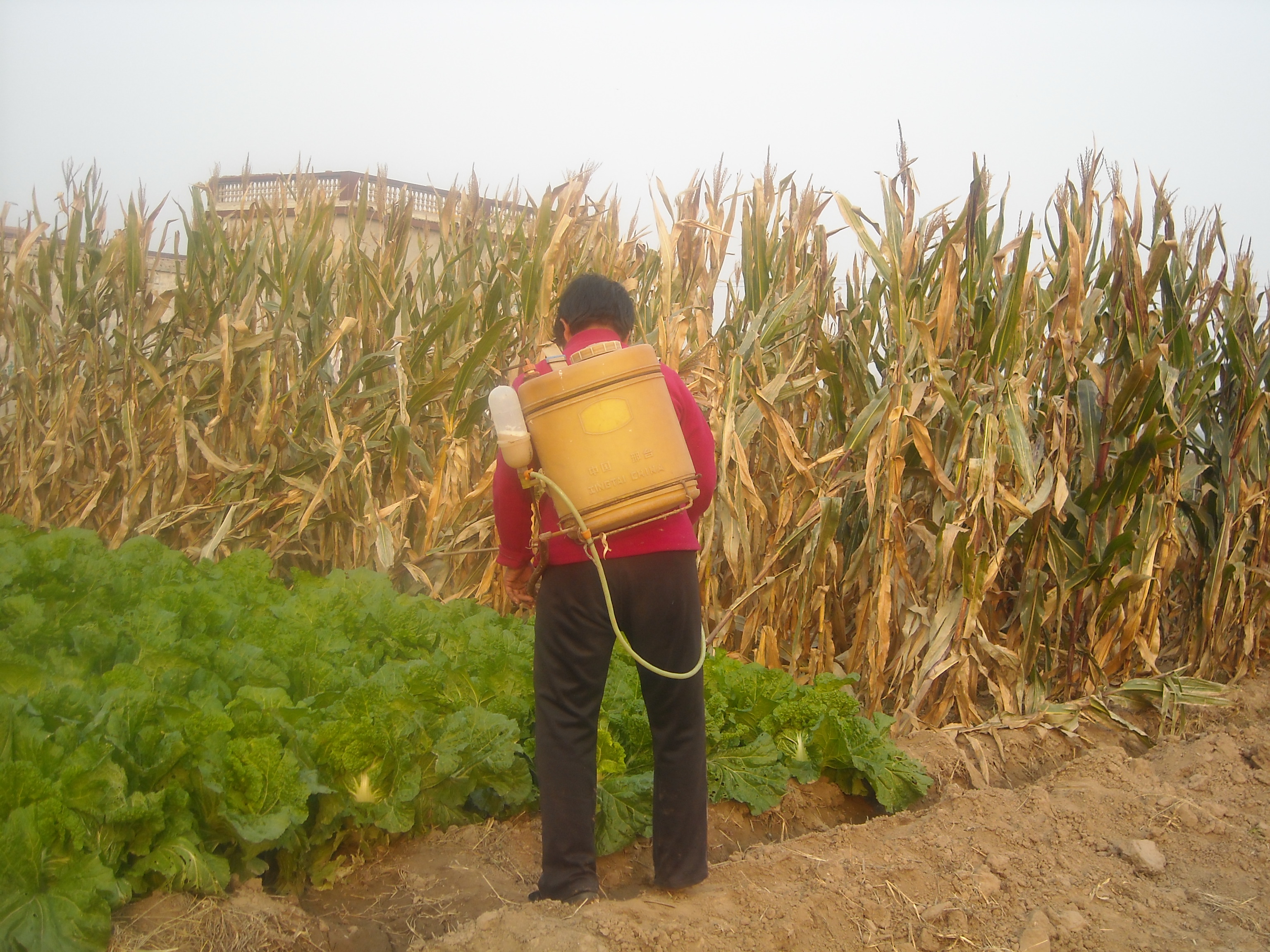 Other services deal with the need to carry crops from the fields to the regional weigh station: The few man who did not leave for work in Beijing mainly earn money this way. Bigger companies advertise as well: the town’s hospital invites residents to come for a check and boasts a new “American company GE” CT scanner it recently purchased. HP urges potential costumers to take advantage of the government’s 13% subsidy (offered last year to boost consumption in rural areas and stave off the financial crisis).

Xi Ying will be the last stop on this trip, and nothing in it is out of the ordinary. There is poverty – tolerable in some cases, wretched in others. There are many hardships and some hopes, people moving ahead, others lagging behind and still others who are being left by the roadside, a very dusty and polluted roadside if you happen to live on the North plain.

I started this trip four months ago in Beichuan, where survivors of the 2008 Sichuan earthquake are rebuilding their shattered lives. The term “Master plan” was used a lot there: According to the master plan, some people are enjoying their new houses whilst others are left to wait, not knowing when their fates will be decided, or by whom, and according to what plan exactly. There is hardly any generalization I can make now that will be true for the vast and wonderfully varied Chinese countryside, except this one: It somehow seems that the whole country lives with this metaphor from Sichuan. While struggling along, more or less successfully, all are waiting for things to be sorted out according to some master plan. What that plan is, or when and how it will be realized, no one seems to know.

The next day, it’s just a few hours train ride to the shiny capital and then real Italian Pizza and a fine bottle of wine in the evening.

Oh, and one more generalization, on a very important issue: The overall toilet situation in the rural areas, while still leaving much to be desired (flush, air circulation, maybe even toilet seats some day), seems to have improved greatly.