Han Han’s Magazine Shuttered: “Classmates, So Long For Now, I Love You All” (Updated)

Yesterday, an editor at blogger Han Han’s magazine, Party, announced that the publication had folded and the editorial team had been disbanded. In a Sina Microblog post, Managing Editor Ma Yimu announced*:

“Han Han brought wine for the successful release of the second issue, but now it will be sealed up for a few years.

Today is not April Fool’s Day, it’s Mao’s Birthday. And we are announcing that the team of the Party has been dismissed.

Long years lie ahead, my clothes are thin**
Classmates***, so long for now, I love you all.

I’m not willing to believe this is true. I strongly believe we’ll be back. We’ll be back. 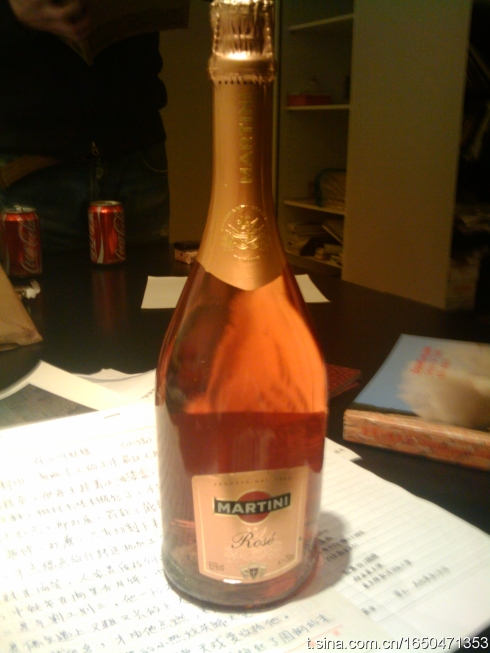 Other Sina Weibo users responded to the announcement with dismay. “You must return!!!” wrote one commenter by the name Qing Cong Ke_Opi. “Stand in silent tribute!” wrote another, by the name Zhang Wuji sigh.

The first issue of Party, which included 128 pages of essays, poetry and commentary from outside contributors and excerpts from one of Han Han’s novels, “1988 I Want to Talk with the World,” was released in July after being delayed over regulatory complications with officials, who strictly oversee all publishing in China.

At the time, Mr. Han—known for his outspoken writing on social reform —said on his blog that he had hoped to provide readers with “a good art publication with more free and wild writing, but it seems the idea is too good to be true,” China Radio International reported.

Here are some examples of other netizens’ reactions to this message, translated by CDT:

* 东坡篱: I just learned this. I can only sigh.

* 丶Saint_吴玮桐: (reposting) It does no matter. Like many readers, we will wait for you as long as it takes.

* @蔡康永: As a contributor to the Party, I am happy I participated. Please no apologies. We just write, it is much easier than you. When opportunity comes, we will collaborate again.

* lixiaotx: Why do all authentic and beautiful things have no way to survive?

* 闻燕起舞: In the end still dismissed. When can we have freedom of speech!

* 雪珂Ciel: I feel so sad, but you must feel worse. Han Han is a strong man, I support him no matter what, as always!

* Section in bold translated by CDT, the rest by China Real Time blog.

UPDATE: Han Han also wrote a blog post entitled “We will meet again”  about the closure of his magazine, with his signature humor.  The last paragraph is translated by CDT:

Thanks to all the readers, thanks to all editors and staff.  Our regret is that as a literary magazine which should have been given plenty of time for preparation, the first issue was not good enough, but unfortunately everyone has seen it.  We have made sufficient improvements in the second issue , but unfortunately no one can see it now.

What I would like to reminder readers is: Party failed, but those successfully on the market – Party small edition, Party #2, Party #3, Party Tomorrow and so on – are all pirated copies, so please be careful when purchasing.

Finally, I wish all friends a Happy New Year, since this event is not about death, nor about farewell.  A flower dies when winter comes, and it will blossom again in the Spring.  This is life, no need for pity here.  We will meet again.