Zheng Yun: How to Prevent Your Website from Getting Shut Down 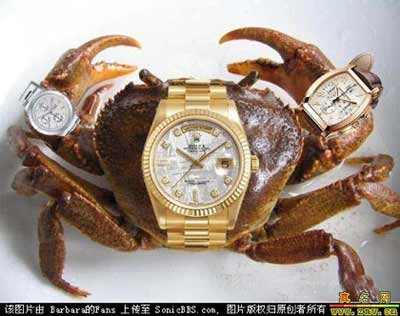 Zheng Yun, a social media pioneer in China, gives valuable insight into surviving in China’s online world. Zheng discusses the surprisingly cordial antics of Internet monitors and the consequences of carelessness, such as being invited for “a cup of tea,” code for an official berating. Zheng’s comments were all relayed on Twitter, and posted on the blog of Wan Feng. [Translated by Don Weinland]

When opening a website in China, there are three unavoidable things: Tencent, Tencent, and again, Tencent. Actually, before Tencent sets its eyes on you, there is a good chance you will be killed instantly, disappearing in a flash in the world of the Internet. Big Brother is watching you!

Because of this, Zheng Yun, founder of social media aggregation sites such as Wanju SR and Rtmere, cites his own experience and tells everyone how to avoid having their site shut down. He also talks about the habits of the management department. The advice is of vital importance. If you don’t understand this information, you’re racing toward a dead end!

Many people ask why we don’t hire a few – albeit part-time – employees to delete sensitive posts and avoid site closure. I’ll give a complete answer here. Any large-scale site can guarantee the deleting of sensitive information within an hour after receiving a call, e-mail or instant message from the management department. This is easily done. There is no unmanageable problem that will result in (the Communist Party) shutting the site down (Shutting down a site is an incredibly severe punishment. The Party won’t take up such wrathful means. They will first warn you and make you rectify the problem. They are actually very patient).

Every site has a crucial black list of banned words. Sensitive information that is already known is automatically deleted or blocked. But this cannot guarantee that sudden incidents such as the “Shishou Mass Incident” or the “Deng Yujiao Incident” will quickly enter into the black list. Nevertheless, this is still considered okay. The authorities, after all, will actively call you and request that you thoroughly delete all related posts.

Every kind of authoritative department in the Party (excluding the police department) is quite patient, especially the News Office and the Internet Management Office. They try their best to help both sides save a little face. Whether it’s via e-mail or over the phone, government agencies are always polite. One must go a few rounds with them before they expose their fangs. Only when they are substantially challenged, or when the higher levels of the National Information Office or the Bureau of Communication Management are angered, will a site meet with instant death.

The lethal question lies with them asking you to exercise self-discipline. What’s self-discipline? Surpassing the Great Firewall and looking at all sorts of reactionary media, paying close attention to current affairs, especially hyped social incidents, which are instrumentally taken by the reactionary media to attack the Party. Once these are discovered, you must take control of your site and quickly delete the corresponding hot issues, topics and essays.

If you can’t delete these things before authorities give their command, you’ll be forgiven once or twice. After all, you need a learning curve. But if this continues you’ll be asked to join them for tea. If you have tea with them many times, you will be scrutinized and reported to higher levels. In the event of a big incident, if the authorities once again discover large quantities of sensitive material on your site – okay – your site will be closed (the plug will be pulled, your computers will be taken, your domain will be closed).

Many people, including journalists, wonder why these sites (even big sites) are instantly killed. Even they can’t say clearly why this happens. The Party’s online management system is quite mature. All levels report upward and there is an approval process. Before you are put before a firing squad, there are many who will work to dissuade them from doing this. Yet representing the Party’s managing skills is the fact that some things are no match for the thunderous fury of some leaders. When the command of a powerful leader comes down through the ranks, all processes disappear in a puff of smoke.

Some people think having the plug pulled is very serious but this is actually a moderate punishment. Because after you promptly delete the information (It’s best you are disconnected from other supporting servers to prevent not being able to delete the information remotely) and you inform the Internet data center, you can regain your Internet connection. Many stumble at the point because they either don’t know what to delete or they don’t know how to delete it (not being able to control information remotely equals an inability to reconnect).

We delete posts promptly and aren’t bad at inspecting and correcting ourselves. Yet we have still been charged with very serious allegations. In 2009, Wanju SR aggregated on Twitter some information concerning the Ministry of Truth blocking someone’s letter. It became a hotly debated and rapidly spreading topic. It was picked up by the Communication Management Bureau and we were accused of divulging national secrets. A fax we received requested a stringent investigation. Under these allegations there is no need for a process. Most sites are thoroughly closed.

For sites that wanted to be self-disciplined, that wanted to climb the Great Firewall and see the world, it seems there were none of these clearly defined requirements in 2007 and 2008. At that time we had a list of sensitive words, deleted posts promptly and on a sensitive occasion we closed our interactive functions and would be okay. On a few days before June 4, 2009, it seems that the management department implemented this way of thinking and spread it to every major site in Beijing through a variety of meetings.

One gesture of patience from the management department is that if you tell them you are on the road when you answer a call about deleting a post, and that there is no way of deleting it within the hour, they will cordially confirm when you will be able to delete it. They don’t hang up the phone and notify you that they will pull the plug. Even when the police come to get information on people posting information, all one needs to do is tell them that this is an aggregation site and there is no way to provide IP addresses. They will understand and won’t get violent.

Those from the management department who work on the frontline aren’t terribly interested in popular transmission and monitoring sites like rtmeme because all they need to do is monitoring a couple hundred twitter accounts. Every data flow worth looking at must flow through these key points. I bet they aren’t willing to expand their own monitoring capacity. If they did they would be more work for themselves. Monitoring a set list of people is a kind of daily work easily accomplished.