Below is the latest entry in the series of political cartoons produced by Crazy Crab of Hexie Farm for CDT. The cartoon, which is untitled, is partly inspired by news that the government will release the Complete Works of Lei Feng, the revolutionary soldier held up as a model of altruism and selflessness. August will mark the 50th anniversary of the death of Lei Feng, and authorities in China continue to use his image and story in education and propaganda campaigns.

Update: Lei Feng once said: “I’ll be a bolt in whatever part of the machinery of state the Party wants to screw me.” (Thanks to reader Roy Forward for the translation, which was published in In the Red: On Contemporary Chinese Culture by Geremie R. Barmé.) 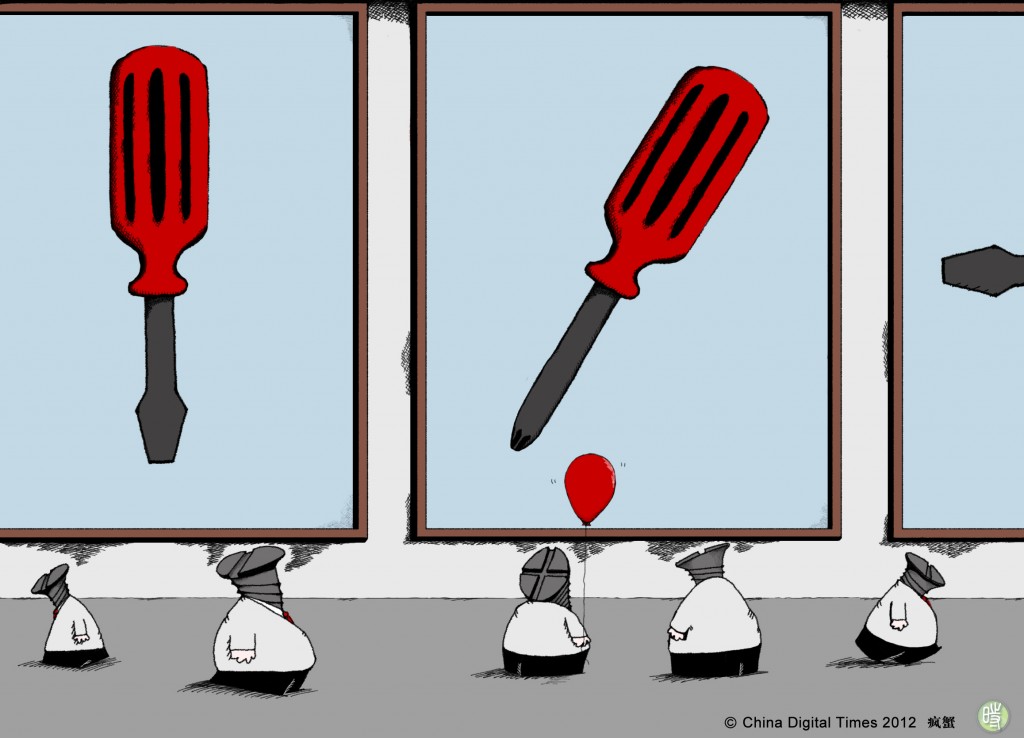 Read more about Hexie Farm’s CDT Series, including a Q&A with the cartoonist.