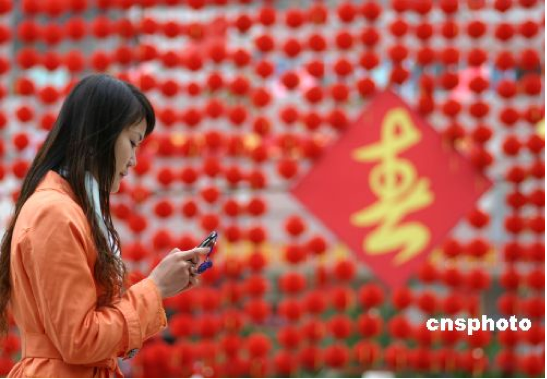 In partnership with the China Copyright and Media blog, CDT is adding the “Beijing Internet Instructions” series to the Censorship Vault. These directives were originally published on Canyu.org (Participate) and date from 2005 to 2007. According to Canyu, the directives were issued by the Beijing Municipal Network Propaganda Management Office and the State Council Internet management departments and provided to to Canyu by insiders. China Copyright and Media has not verified the source.

The translations are by Rogier Creemers of China Copyright and Media.

The matter of Taiwan investment on the mainland is extremely sensitive, all websites must deal cautiously with this, and especially investments that involve Taiwanese businesses in the area of high technology may not be reported without exception. At present, the text “Thaw in Taiwan Investment Ban –Mainland Semiconductor Market Suddenly Bursts Into Life” that has been reprinted online is gravely inaccurate, all websites are requested to not reprint this, where it has been reprinted, it must be immediately removed, corresponding information may not appear on forums or blogs.

At the 6th Asian Winter Games, a Korean athlete held up a slogan on the podium that “Mount Baekdu is the territory of our country,” the Central Propaganda Department reminds that Beijing media are not to report on this, and especially remind that metropolitan-type newspapers are not to play this up, it must be prevented that excessive discussions emerge online.

All websites: Concerning the matter at the 6th Asian Winter Games, where a Korean athlete held up a slogan on the podium that “Mount Baekdu is the territory of our country,” do not send text messages, do not put it on the front page of websites or the important news section of the news center, only use Xinhua copy without exception, close trackers; forums and blogs are not to recommend this or put it in a header, do not excessively play up this matter.

(1) All websites: For reports concerning the selection of the 3rd Chief Executive of the Hong Kong SAR, please only use Xinhua copy, do not use copy from other sources. No news tracker are to be opened for this sort of article, forums are also not excessively to set up discussions, prevent that this is played up online.

(2) All websites: Matters involving investment of Taiwanese businesses in the area of high technology may not be reported without exception, at present, the text “Thaw in Taiwan Investment Ban–Mainland Semiconductor Market Suddenly Bursts Into Life” is gravely inaccurate, all websites are requested to immediately delete it, this sort of information may also not be disseminated in forums or blogs.

All websites: Please move this news article, “Yunnan Traffic Office Vice-Director Hu Xing Absconds, Arrest Is Officially Authorized” to the domestic news section, issue it as a single piece of news, do not link it up with corresponding news.

These words are not yet screened, rapidly deal with this, and ensure there are no search results “Beijing Municipal Committee Standing Committee–Under Investigation.”

Summaries can still be seen.

Beijing municipal high officials all feel insecure, it is necessary to “report safety” with newspaper titles.

All portal websites: An article concerning “’17 January’ Mass Incident in Dazhu, Sichuan Already Cracked,” will be issued in a while by the People’s Daily and Xinhua, please timely reprint it, do not put it on front pages of websites and important news sections, it may be issued in the domestic section, do not open trackers, do not set up special subjects, do not set up corresponding links, do not send out text messages.

All websites, concerning the matter of the Korean athlete during the medal presentation at the Asia Winter Games, only use Xinhua copy, do not issue it on the main page of websites and the important news section of the news center, it may be issued in the domestic section, do not set up special subjects, do not make links, close trackers, do not send text messages, do not put it in headers of forums, do not play it up, manage interactive segments well.

All websites are requested to clear up information in their websites and searches concerning “rumors about ex-State leaders and famous actors,” all search engines shall make “Jiang Zemin and Song Zuying,” “Jiang Zemin Song Zuying” etc. into keywords for screening, so that there are no search results and shall not set up corresponding searches, clean up reactionary posts such as “inside stories on Song xx becoming Jiang xx mistress,” “it is said that the child of Song xx is called Jiang x,” etc. This will take effect from 11:00 tonight.

The press release on starting up text message service recommendation activities has come out, everyone is requested to carry it on the appointed position in the important news section:

Text messages recommending to vote at the Spring Festival, share the warmth and happiness of the holidays:

What is the text message to wish happiness for the New Spring that the masses welcome the most today? The “2007 New Spring Happiness Text Message Recommendation Selection Event” that started on 5 February will mobilize the broad mobile phone users and network friends to jointly seek the answer. This recommendation vote activity for New Spring well-wishing text messages is the largest in scale in Beijing so far, and will last for 10 days, on 15 February, the 10 New Spring well-wishing text messages and the number of votes they gained will be published.

Starting from 6 p.m. on 4 February, all participants may register on 20 websites or use mobile phones to send text messages, to participate in the recommendation or voting selection of the 10 most liked New Spring well-wishing text messages of 2007. Recommended text messages must revolve around the theme of “New Year’s wishes for the New Spring,” and reflect happy hopes and wishes; content is to be vigorous, healthy and upward; language is to sincerely move the people, relaxed and vivid, and to reflect the characteristics of text messages; with Chinese in the first place, not accompanied with images or special characters. Regardless of whether or not it is original, all may participate in the selection.

This city’s ten main newspapers and 20 famous websites will, from 6 February until 14 February, open a list of that day’s text messages in their media, and announce the listed text messages recommended by the masses and examined by the evaluation committee, the 10 text messages that get the most votes on one day are to be maintained in the list for the second day, the 10 messages receiving the least votes are dropped from the list, 10 text messages that are recommended by the people and evaluated by the evaluation committee are listed. All websites are at the same time to set up recommendation and voting windows, to receive recommendations and votes from netizens, Sina Web will also set up mobile phone recommendation and voting text message platforms for the masses who cannot go online, to provide convenient, broad, and diverse participation channels for the broad audience. Every person may send moving wishes in their hearts that they receive themselves, through the screens of mobile phones or computers to the hearts of even more people. Let empathy and wishes transfer between people, to become the warm fragrance and sweetness during the joyful festival of the new Spring, and let the wind of sending civilized and harmonious text messages become a new fashion to celebrate the new year.

In order to encourage the masses to participate, rich awards that are great in quantity and with large prizes have been put up for this event. The first 10,000 text message recommenders will all win a vigorous participation award, the netizens and mobile phone users who have chosen for the 10 most liked text messages among those that were recommended and voted for will also have the opportunity to win an Elantra car, a 37-inch LCD television, a Lenovo computer, a Motorola mobile phone, a Newsmy MP3 [player], mobile phone top-up cards, and other awards. The total number of award winners is 12,080.

On Lantern Festival, on 4 March, a raffle ceremony will be organized for the 2007 New Spring well-wishing text message recommendation and selection event, and from all people who recommended and voted for the ten text messages, all levels’ recommendation awards and voting awards will be drawn for this event through computer lottery.

News copy does not need revising, it is OK to issue it as is, put content online at 6 o’clock.

These translated directives were first posted by Rogier Creemers on China Copyright and Media on December 14, 2012 (here). Today’s post is the 37th in the series.