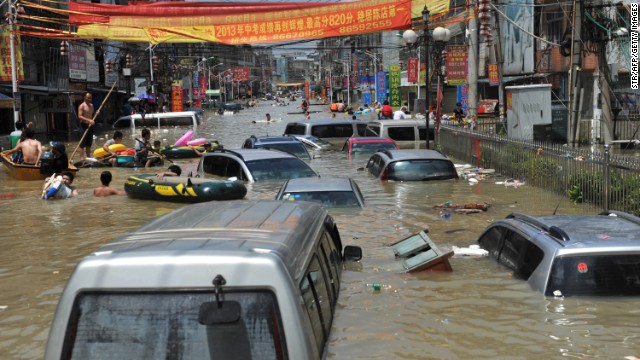 At least 107 people were reported dead and hundreds more missing after floods caused by heavy rain hit parts of northern and southern China. From CNN:

Three provinces in China’s northeast bore the brunt of the floods with 85 dead and 105 missing in Heilongjiang, Jilin and Liaoning as of 4pm on Monday, the government said.

A total of 37 million residents in that region were affected by flood waters, Xinhua said, which were described by a local newspaper as the worst in 50 years in Liaoning province.

[…] At the opposite end of the country, rainfall in the wake of Typhoon Utor, which made landfall in the southern Chinese province of Guangdong last week, has killed 22 people and caused 8.6 billion yuan ($1.4 billion) of damage there. [Source]

See previous CDT coverage of this year’s floods in China.