Foreign Innkeepers in the Chinese Countryside 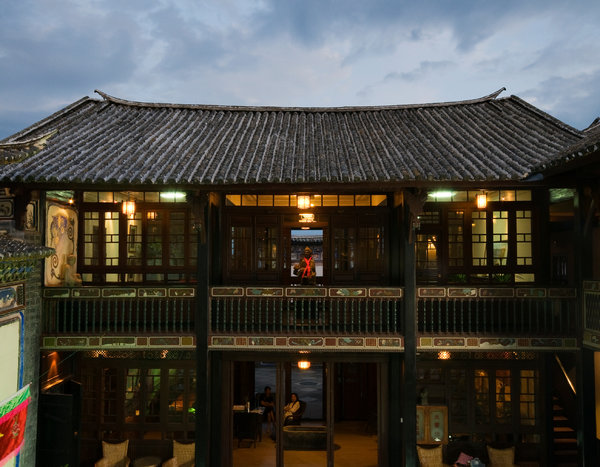 Amid China’s booming tourism industry, The New York Times looks at the number of foreign entrepreneurs opening boutique hotels in the Chinese countryside:

More hotel rooms are being built in China than anywhere else in the world, according to data compiled by STR Global, a market forecaster. At the top end, luxury brands like Aman Resorts and Four Seasons Hotels and Resorts are racing to open new hotels in the country. For some rooms, they are charging China’s emerging superrich the equivalent of more than a thousand dollars a night.

[Yunnan boutique hotel owner] Mr. Linden and other foreign owners of smaller boutique hotels say they would rather offer tourists more distinctive lodging. Like Japan’s ryokans, Italy’s villas and America’s Victorian bed-and-breakfasts, China’s boutique retreats could lure travelers with their link to the past, especially since they have been replaced in major cities by modern buildings.

[…]Guests at the smaller independent hotels like Mr. Linden’s include a smattering of wealthy Chinese seeking escape from the bustle of big cities, but the vast majority are foreigners.

[…]Although the number of Chinese guests is slowly increasing, the entrepreneurs say they are not in a hurry to advertise in the mainland market. The boutique hoteliers are all doing well enough by catering to mainly foreign clientele. Mr. Linden said the occupancy rate at the 16-room hotel is now 65 percent to 70 percent. […] [Source]

The Times notes that while difficulties abound for these foreign hoteliers—including regulations prohibiting foreigners from owning land, local officials opposing their projects, and the learning curve of local staff not used to foreign clientele—finding foreign occupants has yet to prove a problem. This may soon change, as China begins experiencing a lower growth rate of inbound tourism. While the global economic situation is one factor leading to the slowdown, the AP reports on an additional deterrent to the foreigner considering a Chinese vacation: the country’s notorious pollution problem:

Tourists have been put off by news about smog and other problems, said Frano Ilic of travel agency Studiosus in Munich, Germany. He said the number of people booking trips to China through his company has fallen 16 per cent this year.

China is the world’s No. 3 destination for international travel after France and the United States. Weakness in visitor numbers could hurt government efforts to reduce reliance on trade-driven manufacturing by promoting cleaner service industries such as tourism. Foreign visitors are outnumbered by Chinese tourists but spend more.

The decline could be long-term if Beijing fails to make visible progress in combatting pollution, experts say. [Source]

Also see prior CDT coverage of tourism in China.