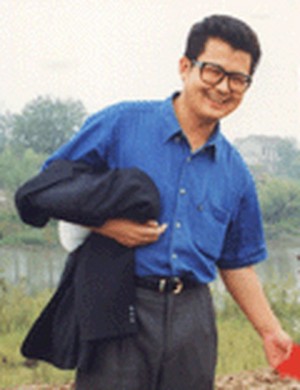 Chris Buckley reports for The New York Times that police in Southern China have once again detained human rights advocate and New Citizens campaigner Yang Maodong, a novelist and businessman also known by his pen name Guo Feixiong. His August 8 detention, of which his family was just notified, may be tied to his involvement in the Southern Weekend protests:

Mr. Yang, 47, is the second well-known member of China’s “rights defense” movement to be arrested recently. In mid-July, the police in Beijing arrested Xu Zhiyong, a legal advocate who has also long been a prominent member of that loose campaign, which seeks to expand citizens’ rights through litigation, petitions, publicity and training.

“I think the general reason is that the authorities are putting pressure on many dissidents, and Yang Maodong is one of them,” Mr. Sui said. “I think the direct reason may be his involvement in the protests at the Southern Weekend.”

Mr. Yang was among a group of activists who gathered near the offices of the newspaper Southern Weekend in Guangzhou in January, offering encouragement to reporters and editors there who were protesting what they called heavy-handed censorship of an editorial.[Source]

China Change has posted video of an interview with Yang at the scene of the Southern Daily protests:

In a video interview on the protest scene, Mr. Guo told people that all political reform must start by allowing people to exercise their political rights, and allowing them to demonstrate and protest. But he said the first step should be freedom of expression that liberates people’s voices. He told onlookers that democracy is sovereignty by the people who elect their leaders on all levels. He said China’s censorship is the most reactionary system of thought policing and should have long been abolished. He said that we came out to support the Southern Weekend not just because they were repressed, but to fight for the universal right of freedom of speech that enables us to check power and put it in a fish bowl.

Ironically, at the beginning of the video, he praised a young man called Liu Yuandong (刘远东) who, in the background, was giving a speech. He told the audience that this group of young people had been active on Guangzhou’s streets for two years and had been repeatedly detained and tortured, but they carried it on without giving up. He even praised the government for tolerating them and expressed optimism over the advanced development of civic awareness in the south. But one month after Guo Feixiong’s comment, in February, Liu Yuandong was arrested on trumped up financial charges. While he is still in jail waiting for trial, which is long overdue according to China’s own law, others in his group have been, over the past months, detained (Yang Tingjian 杨霆剑, Sun Desheng 孙德胜), arrested (Huang Wenxun 黄文勋), or driven out of Guangzhou (several of them). [Source]

CDT reported that Yang was released from jail in 2011 after a five year sentence where he said he was “given special treatment beyond people’s imagination in the detention centre in Liaoning” on charges of “illegal business activity.”  Yang’s detention follows that of fellow New Citizens campaigner Xu Zhiyong, who recently released a secret video from prison calling for courageous citizens to stand up and realize their rights.

[Editor’s note: this post has been revised to clarify that it refers to Yang’s detention, not his formal arrest, which followed on September 12th.]