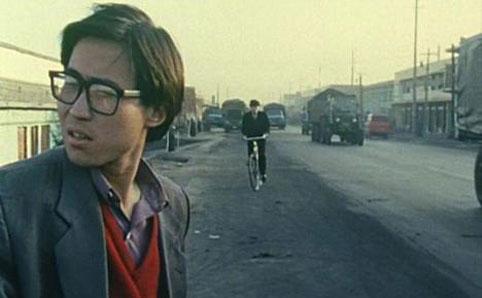 The 10th Beijing Independent Film Festival (BIFF) was effectively cancelled on Friday according to Time Out Beijing’s Simon Zhou, who reported that police eventually made a deal with pleading festival director Wang Hongwei:

A deal had been struck. The directors, jury, and invited guests of the festival, among them those who had taken the train from Xinjiang or been flown in all the way from Sweden and Iran, would be handed out DVDs containing the entire programme of films. We would be permitted to watch them, on computer screens or televisions, in groups of two or three, but no more than five.

We would have to sign contracts promising to abide by these conditions, or face the consequences. If the organisers didn’t agree these conditions, and tried to go ahead with the festival anyway, the electricity from the entire village of Songzhuang would be cut, and Wang Hongwei would be put in prison. Fifteen years ago, Wang played the eponymous role in Jia Zhangke’s seminal film The Pickpocket (pictured). [Source]

Time Out Beijing added that festival goers experienced a similar disruption last year due to a sudden power outage:

This is, of course, a triumph for the authorities, for whom BIFF always looked too much like an uncontrollable hotbed of potential sedition: unapproved talk about unapproved films by unapproved persons. Last year’s mysterious power cut could theoretically have had the double result of breaking up the community while – being an act of god – ensuring that nobody could be blamed. The result, however, was that that same community pulled together, spreading the weight of the festival by screening films in homes, studios and other private spaces. [Source]

At P.I.G. China, Samantha Culp outlined the careful preparations that had been taken in the hope that this year’s festival, unlike the last two, would be left alone:

This time around, the organizers have purchased an electric generator, but are also trying other strategies to help the events run smoothly. Screenings have been scheduled not only in Songzhuang, but in more central Beijing venues ranging from a hip Gulou cafe to 798’s Ullens Center for Contemporary Art. With a wider geographic scope, artistic director Dong Bingfeng hopes the festival can be protected from interference and “can attract audiences of different backgrounds”. The programmers have included two programs of films from outside China, namely Iran and Indonesia, to drive more international discourse, and the festival will also emphasize the importance of a counterintuitive platform for cinema – books. Several forums will center on the Li Xianting Film Foundation’s new publication initiative. “Over the past 20 years, mainland China has generated a lot of independent films, but there’s still a lack of theory and criticism about them,” says Dong. “This year we’ll premiere three new books as case-studies on the international film artists Yang Fudong, Tsai Ming-Liang and Raqs Media Collective.” [Source]