Sacrificing the Environment to Save the Coal Industry 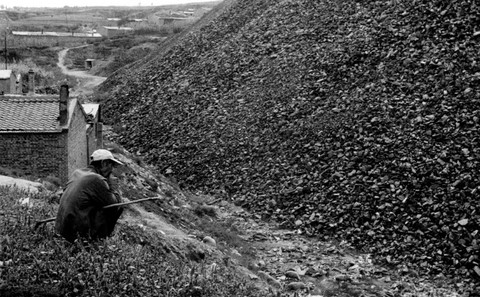 At China Dialogue, Luna Lin writes that the Shanxi government’s attempt to use tax cuts to prop up the sale of local coal, an important source of provincial revenue, will likely increase pollution and contribute to further environmental degradation:

Shanxi has responded to the slump with a stimulus package. Shanxi officials have been tasked with promoting the sales of local coal, a measure rarely seen since the late 1990s. As well as mobilising local officials to become salespersons for the ailing coal industry, the provincial government announced 20 measures aimed at stabilising the coal market. This included temporarily scrapping the environmental protection fees and industrial transformation development charges for coal mines. The Global Times estimates this will cut local coal companies’ production cost by 15 yuan per tonne alone, and increase profits by almost 900 million yuan.

[…] While this may be an industry-saving initiative, there are concerns about its environmental cost. Feng Yongfeng, the founder of Nature University, a Beijing-based Green NGO, said the government’s move was “yet another example of sacrificing the environment for the sake of the economy.” The stimulus package could “cause severe harm to…the country’s goal of reducing emission and conserving energy.”

[…] Yang Fuqiang of the NRDC told chinadialogue that “the intention is good, but what Shanxi really needs is to end its overdependence on coal. The coal market recession is a good time to use the market to push for coal industry restructuring and let the market’s natural selection take effects.” [Source]

Of the many negative environmental impacts of coal mining, China’s underground coal fires are among the most severe environmental disasters that have led to loss of valuable resources, emission of toxic gases, and vegetation deterioration. From China Dialogue:

In some ways an underground coal fire works the same as a barbeque pit: coal is highly flammable, and stays ignited as long as there is oxygen and coal to burn. If a coalfield has an oxygen source, anything from a cigarette butt to a lightning strike can trigger a fire. Coalfields that have caught flame burn hundreds of feet underground at temperatures exceeding 1000°F for tens, hundreds, even thousands of years, rendering the surrounding area a toxic, eroded wasteland.

The ash and fumes that coal fires spew contain toxins and poisonous gases, including mercury, lead, arsenic carbon monoxide and sulphur dioxide, contaminating the air, water, and soil and causing diseases in the area’s residents. Coal fires also pump out carbon dioxide, methane, and other greenhouse gases that contribute to global warming.

[…] “Every country that is coal-producing has coal fires,” says Anupma Prakash, a geologist at the University of Alaska who has conducted extensive research on coal fires. So it comes as no surprise that China, which accounted for 49.5% of last year’s global coal production, also has the world’s worst coal fires. Hundreds of fires proliferate the nearly 3,000-mile coal belt running across north China.

In China, though, the main concern regarding coal fires is not environmental, but economic. “China’s coal fires destroy millions of tons of coal every year,” says Carsten Drebenstedt, a surface mining professor from Technische Universität Bergakademie Freiberg in Germany who has studied the fires. In fact, the country’s coal fires consume 20 million tons of coal annually and render ten times that amount inaccessible. [Source]