Asia: A New Market For The Stamp Savvy 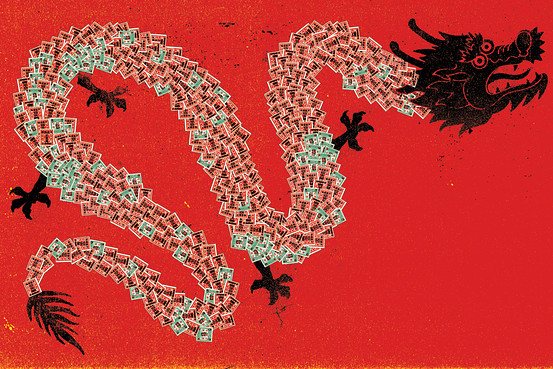 Jason Chow reports for the Wall Street Journal that the market for collectible postage stamps is rapidly expanding in Asia:

Like so much of the global economy these days, the center of the world's multibillion-dollar stamp-collecting market is shifting east. Auction houses are sprouting up in Hong Kong, Singapore and Beijing, and rich collectors are catching the bug, especially in China. All of that is helping breathe new life into a hobby—and for some, an investment strategy—that was starting to seem decidedly passé in the West. Without rich Chinese collectors, some experts say, stamp collecting would have continued its long, slow decline from mainstream hobby to near-extinction.At least a third of the world's 60 million stamp collectors are now in China, and the number is growing rapidly, Stanley Gibbons says. China, including Hong Kong, has also become a big stamp-trading hub, with at least six auction houses in Hong Kong and another four major houses on the mainland plus several smaller ones, most opening in the past four years. Stamp shows have proliferated, drawing hundreds of thousands of buyers and gawkers at a time when similar events in the U.S. are lucky to break into the five figures. Online exchanges have also sprouted, with tickers scrolling across the screen like stock markets. Stanley Gibbons says Asian clients now make up 5 percent of the firm's investments in terms of volume—but almost 18 percent in value, as they spend more.How much more? Three years ago, two sheets of the first ever-issued stamps for Formosa, the name of the island that later became Taiwan, sold to a Hong Kong collector for HK$10.4 million, or over $1.3 million. In 2011, a block of four stamps from 1968 called “Chairman Mao's Inscription to Japanese Worker Friends” sold for more than $1 million at a Hong Kong auction. The stamps, which feature Chairman Mao's handwriting declaring that the revolution would succeed in Japan, were printed but never issued—except through a post office in Hebei, China, which started selling them before they were canceled. Last year, a pair of 1941 stamps that featured Sun Yat-sen, the revolutionary leader who began the Republic of China in the early 20th century, sold for $709,000 at an auction in Hong Kong. Like many other expensive stamps, their value was due to human error: The text and the $2 sign were printed upside down.[Source]