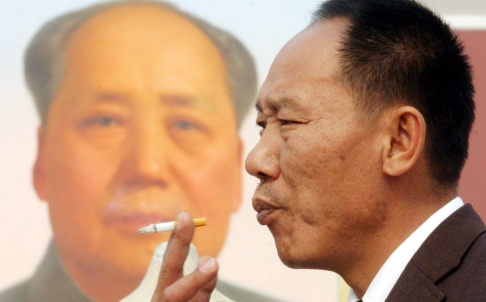 A total of 300 million people, one in two men and 2.4 per cent of women, in China smoke, according to data by the World Health Organisation. While the overall percentage of China’s population who are smokers has fallen slightly from 26.8 per cent to 25.3 per cent over the last decade, increased prosperity has led to more intense smoking habits.

[…] “The industry really cannot be reformed,” [Li] said, explaining that it made too great a contribution to central and local government coffers to be easily discarded. “Somewhere between seven to 10 per cent of state revenue comes from tobacco,” he estimated. In Yunnan, tobacco contributes almost half of the provincial government’s revenue, Li estimates. [Source]

The paper’s executive summary at Brookings describes tobacco use in China as “the country’s single most serious public health problem,” but the field is crowded.