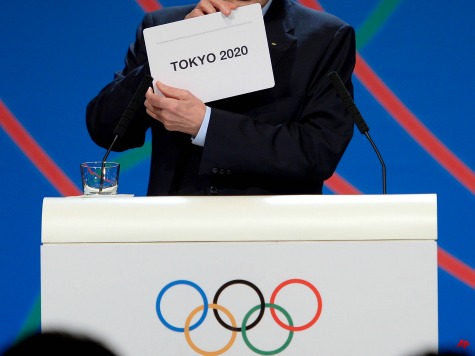 As recent territorial tensions have led the relationship between China and Japan into a stalemate, how are the Chinese reacting to Tokyo’s successful bid to host the 2020 Olympics? A Global Times editorial sees the win as a “fresh chance” for Japan to undertake an overdue reflection on crimes committed during World War II:

The successful bid has profoundly reinvigorated Japanese society, which will be beneficial to the rest of Northeast Asia. Japan has been playing an aggressive role in this region when facing territorial and historical issues with its neighbors but the Olympics will produce some pressure for Japan to realize the importance of self-restraint.

However, it needs to be pointed out that Japan has done a lousy job in reflecting its misdeeds in World War II. If Japan continues on the old path, such as hyping up the issue of the Yasukuni Shrine, China and South Korea can take advantage of the public attention on the Olympics and let the rest of the world reconsider whether Japan, a country which has been paying high tribute to brutal war criminals for years, is qualified to host such an event that advocates peace and harmony. [Source]

This nationalistic stance is also observed among netizens’ comments, according to Offbeat China:

#Tokyo Olympics win# is now a trending topic on Weibo. One of the top comments by netizen 梁东根 shared a similar sentiment: “The last thing I want to see is Japan winning the bid to host the Olympics, but it happened….Now what we need to focus on is how to make Chinese athletes stronger so that China’s national anthem can peal over the island country.”

Similar comments are many. Another netizen 一滴水的透明度 commented: “Let’s turn Tokyo Olympics into our home-field game. Let the Chinese national flag flutter , and theMarch of the Volunteers be resounded in Tokyo sky.”

[…] One netizen 一土大人 ridiculed the above-mentioned reactions: “When the national anthems of Britain, France, Germany, the US, Japan, Russia , Italy and Austria were played at the 2008 Beijing Olympics, was it a celebration of Beijing’s invasion by the Eight-Nation Alliance?” [Source]

The official Xinhua News Agency was widely mocked by weibo users for misreporting Istanbul as the host city of the 2020 Olympics. The AFP reports:

“They made fools of themselves,” said Yan Tao on Sina Weibo, a microblog service that is China’s equivalent of Twitter.

Xinhua apparently mistook a vote by International Olympic Committee members to decide whether Istanbul or Madrid would advance in the voting after a first-round tie, which the Turkish city won.

“Liars must be held accountable, otherwise it’s not fair,” said another who gave the name McMonkey, referring to an ongoing government crackdown on Internet rumormongers. [Source]

BBC sums up reactions from other Chinese media.

For its part, the Chinese government “grudgingly” congratulated Japan on the successful bid. Reuters reports:

Asked specifically whether China had offered congratulations, Hong said such a question should be directed to the Chinese Olympic Committee.

In a statement posted on the ministry’s website after the news conference had ended, Hong said that the Chinese Olympic Committee had in fact expressed its congratulations. It did not elaborate.

Hong told reporters that China valued its relations with Japan, but it was up to Japan to stop its provocations over the disputed islands and correctly face its wartime past. [Source]