Half of China’s Antibiotics Now Go to Livestock 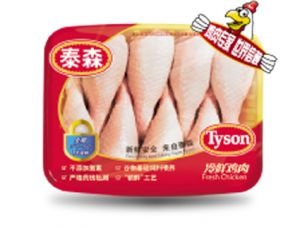 Mother Jones’ Tom Philpott warns—again—that by adopting U.S.-style commercial agriculture, China is going down the same path of excessive antibiotics use. This risks breeding new strains of drug-resistant bacteria, whose emergence has been labeled “the single biggest problem we face in infectious disease today.”

The trouble, of course, is that by scaling up and concentrating meat production and fueling the process with antibiotics, China’s emerging meat industrialists are merely following the US model. It is shocking that half of China’s antibiotic use takes places on farms—but here in the United States, livestock operations suck in a staggering 77 percent of total antibiotic use. […]

Now, it’s hard to compare the US and China numbers precisely. The ratio of farm-to-human use of antibiotics obviously tell us as much about trends in human antibiotic use as they do about farm use. As the chart above shows, US antibiotic consumption for medicinal purposes has held steady for a decade. Meanwhile, Time reported last year, per capita human antibiotic use is 10 times higher in China than in the United States, and “70 percent of inpatients at Chinese hospitals received antibiotics; the World Health Organization (WHO) recommends a maximum of 30 percent.” So one reason a lower percentage of antibiotics go to farms in China is because so damned much is being used for human medicine there.

But there’s no doubt that both nations are shoveling massive amounts of antibiotics into livestock farms—a trend that coincides with the industrialization and scaling up of those farms.

See more at Quartz and via CDT.