The Myth of Arctic Shipping 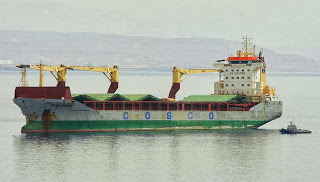 As the pioneering voyage of the Chinese container ship Yong Sheng through the Northeast Passage over Russia neared its end, Kathrin Keil and Andreas Raspotnik wrote at The Arctic Institute that despite the promise of quicker journeys between China and Europe, the opening of the route is likely to make little difference to global shipping patterns:

[…] China is often highlighted as the driving force of potential Arctic shipping developments. However, the analysis of global trade patterns exemplified by China’s current imports and exports and its future outlook show a different picture. China conducts half of its trade with its neighbors in the Pacific region. Europe’s share – which would be relevant for Arctic shipping – is substantially smaller. Less than 20% of China’s trade is bound for or originates in Europe.

Further, the majority of trade between China and Europe is of a containerized nature, which, most experts agree, will not be routed through the Arctic Ocean, due to the seasonality of Arctic transit routes, limited reliability and predictability, and the lack of infrastructure. [Source]

That the route is controlled and subsidized by Russia brings further uncertainty, Keil and Raspotnik add. “One thing that makes me nervous is that this route is in Russia’s hands,” a Norwegian shipping executive told The Financial Times last week. “If they suddenly want to triple rates or impose this condition or that condition, they can.”

Nevertheless, prospects for Arctic shipping and resources have captured the interest of China and several other Asian states. See more on China’s Arctic influence and ambitions, including its successful bid for observer status at the Arctic Council, via CDT.

Another alternative to Suez shipping being explored by HP and other companies is rail freight through Kazakhstan, Russia, Belarus and Poland to Western Europe. Meanwhile, the Nicaraguan government recently approved a Chinese-run waterway across the country to rival the Panama Canal. Two recent articles from the AP examined these plans and the Chinese businessman behind them.