The “Patriotic Education” of Tibet 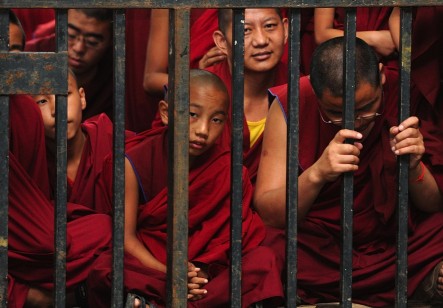 Following quickly dampened speculation over a possible shift in Beijing’s policy towards Tibet, Anand Upendran at The Diplomat looks at the impact of the central government’s “patriotic education” campaign on Tibet’s religious landscape.

One such policy is “patriotic re-education” or simply “patriotic education,” under which “work-teams” (known in Chinese as gongzou dui and in Tibetan as ledonrukhag) consisting of both Chinese and trusted Tibetan officials visit monasteries and nunneries to force on monks and nuns the concept of unity of Tibet and China and to identify dissidents.

Patriotic education was launched in Tibet in 1996 as part of the national “Strike Hard” campaign against crime and corruption. However, the testimonies of Tibetan refugees, documented at the Tibetan Centre for Human Rights and Democracy (TCHRD), suggest that the concept and practice of “patriotic education” flourished well before its official implementation.