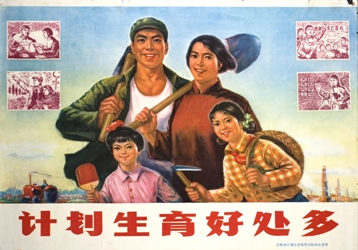 A Chinese lawyer has discovered that Chinese provinces have made a total of $2.7 billion in fines from citizens who violate the family planning laws. From the New York Times:

The lawyer, Wu Youshui of Zhejiang Province, sent letters in July to 31 provincial governments asking officials to disclose how much they had collected in 2012 in family planning fines, referred to as “social support fees.” He said he suspected that the fines were a substantial source of revenue for governments in poor parts of China.

Mr. Wu’s findings were first published Thursday by Beijing News. Mr. Wu opposes China’s one-child policy and has written on his microblog he is a Christian.

Last year, some prominent scholars and policy advisers started a major effort to push central officials to fundamentally change or repeal a law that generally punishes families for having more than one child. That push comes as economists point out that China’s economic growth rate is likely to slow because its pool of cheap, young workers is dwindling as the population ages. [Source]

Read more on the revenue associated with family planning laws and the debate over the law’s abolition, via CDT.