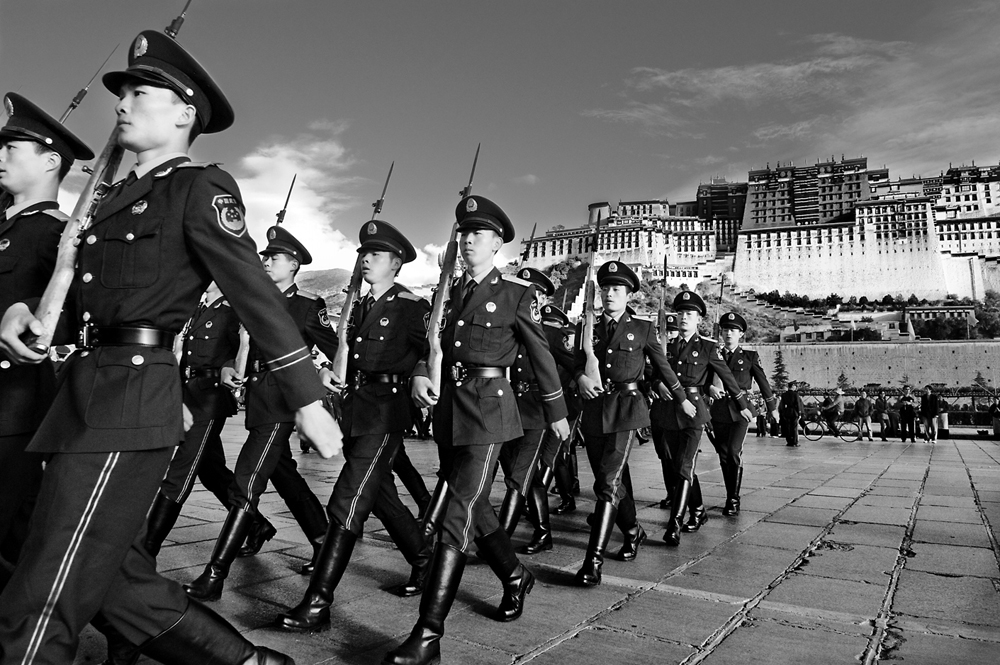 Photographer Laurent Zyblerman and writer Eric Meyer were two of the first Western journalists granted official access to Tibet following the March 2008 riots in Lhasa. After editors pulled funding from their proposed documentation of the roof of the world, the two freelancers launched a successful Kickstarter campaign to produce Tibet, Last Cry. With the French and Spanish editions available for purchase, and an English version soon to be released, Roads & Kingdoms has published an interview with Zyblerman:

R&K: What were the challenges you faced?

LZ: Editors didn’t agree with our line. As any country that has been invaded and colonized, the incoming influx of people, customs, laws and military power in Tibet is brutal. But there are people keen to maintain some kind of autonomy. These people are hardly heard. Hardliners exist too on the Tibetan side. Many resent the suppression of their culture and the disappearance of former walks of life, mostly the nomadic habits. We met people on both sides, eager to find a common ground and talk to each other, but they can’t really voice their opinions out loud.

[…]R&K: It’s been five years since that trip. Looking back, do you think the situation has improved?

LZ: No. The few people who can voice something within Tibet are silenced. Five years is a long time, but to me it feels like yesterday. Very few stories have left such a deep impact on me. A feeling that in Tibet lay a solution to many other issues in the world. Tibetans have developed a unique life balancing inner and outer development of manhood, and that is being destroyed. I’m not religious or anti-system or conservationist, but I found such a peace of mind while visiting Tibet – despite the turmoil. It’s something more like a personal certitude than a journalistic observation. [Source]

In 2008, Zyblerman posted a slideshow of photos from his travels in Tibet on YouTube:

To hear Eric Meyer’s description of the project, visit the project’s Kickstarter page. Also see France 24’s (more furtive) coverage of Tibet from earlier this year (via CDT), and an account of government harassment following the final project’s release from Reporters Without Borders. For more on journalistic coverage of Tibet, see CDT’s archives.