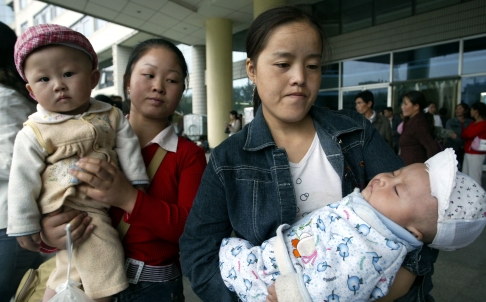 A series of studies this year have linked pollution in China to lowered life expectancy and elevated risk of cancer and birth defects. At South China Morning Post, Alice Yan and Jeremy Blum report the beginnings of new research into pollution’s possible effects on fertility, which could compound demographic problems arising from the increasingly controversial “one-child policy“:

Zhang told the South China Morning Post yesterday that the study would be the first large-scale, systematic investigation into the relationship between environmental disruptors and female infertility in the country.

The infertility rate among all Chinese of childbearing age rose to 12.5 per cent in 2010 from just 3 per cent two decades earlier, according to a Xinhua report in December. More than 40 million have been diagnosed with infertility nationwide. [Source]