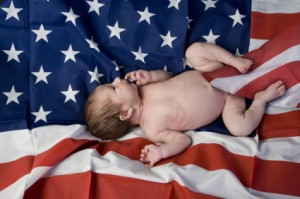 Chinese families with the means to do so have increasingly been arranging to give birth abroad in order to ensure citizenship for their children. Now, Reuters reports on a new phenomenon of wealthy Chinese couples paying surrogates to deliver their children in the U.S. either as a way to guarantee their U.S. passport or to evade laws limiting the number of children they can have in China:

“I would be surprised if you called me back in four months and that number hadn’t doubled,” he said. “That’s the level of interest we’ve seen this year from China and the very serious conversations we’ve had with people who I think will be joining us in the next three or four months.”

The agency, which handles about 140 surrogacy cases a year, 65 percent of them for clients outside the United States, is opening an office in California to better serve clients from Asia which has easier flight connections with the West Coast. Weltman said he hopes to hire a representative in Shanghai next year. [Source]