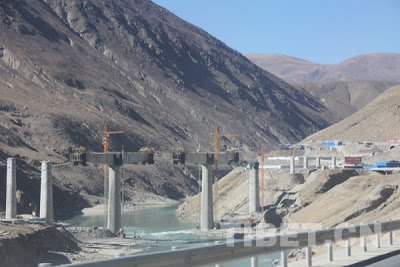 As countries in South and Southeast Asia wait to see what economic strategy will prevail at the CCP Central Committee’s Third Plenum in November, The Diplomat’s Trefor Moss looks at what a potential scaling back of China’s foreign investment model could mean for large infrastructure and development projects in the region:

These deliberations could have important implications for China’s regional partners. Will the new economic model seek to expand, curtail or in some way evolve Beijing’s regional investment activities? Or, if the rebalancing of the Chinese economy becomes a crisis rather than a well-managed transition, as some are predicting, will Chinese SOEs even have the cash and the confidence to sustain their ambitious regional interests?

The buzz surrounding China’s regional megaprojects obscures the fact that there are other big investors in most of the frontier economies. In 2011, China did overtake the United States to become the third biggest provider of foreign direct investment (FDI) to ASEAN, for example, but it still lags some way behind Japan and the EU. It’s important to realize, however, that Singapore—as the region’s financial hub—still soaks upmost of ASEAN’s incoming FDI, and especially inflows from Europe, Japan and the U.S.

By contrast, most of China’s forays into Southeast Asia have been in riskier places like Cambodia, Laos and Myanmar; in fact, China is the biggest investor in these three countries (though its position in Myanmarmay be slipping). Similarly, the biggest Chinese initiatives in South Asia have been in places like Bangladesh, Nepal, Pakistan and Sri Lanka, which are not necessarily seen as the region’s hottest properties by other investors. […] [Source]

One sign that SOE’s may be scaling back their investments abr0ad – Beijing is inviting foreign bids on $55 billion worth of domestic infrastructure projects because they don’t want to saddle local banks with more high-risk debt.