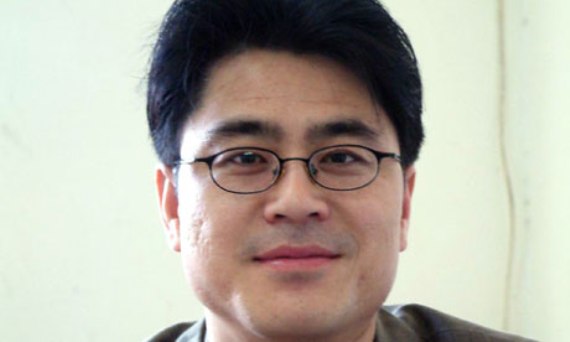 The New York Times’ Neil Gough reports the release, 18 months early, of journalist Shi Tao, imprisoned in 2005 on the basis of information provided to Chinese authorities by tech company Yahoo.

The journalist, Shi Tao, who worked in the central city of Changsha, was arrested by the Chinese authorities in 2004 for leaking “state secrets” abroad and was sentenced to a 10-year prison term in April 2005. He had used his Yahoo e-mail account to send messages to an online forum, based in New York, about a Chinese propaganda directive censoring domestic news media coverage of the 15th anniversary of the 1989 Tiananmen Square massacre.

Mr. Shi, who is also a poet, was released from a prison in the city of Yinchuan, in the northwest Ningxia region, on Aug. 23, Zhang Yu, the deputy secretary general of the Independent Chinese PEN Center, part of the PEN International organization of writers, said Saturday. Mr. Shi is now staying with his mother in Yinchuan, and in phone conversations over the past week he said he “felt generally well,” according to Mr. Zhang. [Source]

Around 60 people were prosecuted on the basis of information provided by Yahoo, including Wang Xiaoning, who was released a year ago. In 2007 Wang and his wife led a court case in the U.S. against the company, which settled on undisclosed terms. Yahoo has maintained that it was simply complying with local law, as it does in other countries including the United States: the company disclosed on Friday that in the first half of 2013 it received 12,444 requests from American authorities for information on 40,322 user accounts, and complied in 92% of these cases. Other foreign companies including Google have since avoided hosting sensitive user data on China-based servers. A document that surfaced in 2007 contradicted Yahoo executives’ claims that they were unaware of the political nature of the investigation into Shi.

Months after Shi Tao’s trial, Yahoo formed a strategic partnership with Chinese e-commerce firm Alibaba. Alibaba subsequently took over operation of Yahoo China, while Yahoo itself took a 40% stake in Alibaba. In 2010, Alibaba berated Yahoo for its “reckless” statement of support for Google over Chinese censorship and cyber attacks. The following year, founder Jack Ma expressed interest in buying Yahoo, whose remaining Alibaba stake is now said to be propping up the rest of the company.