Film Review: A Touch of Sin 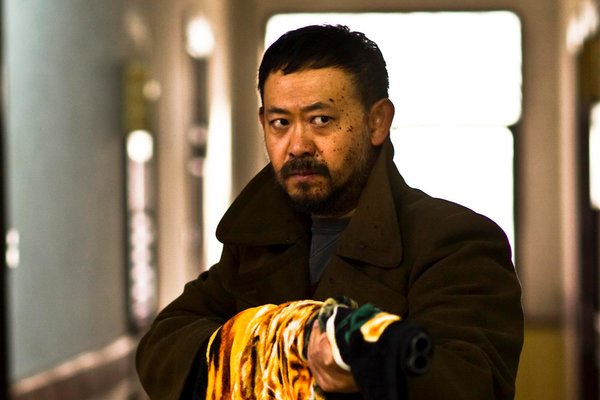 The New York Times reviewed “A Touch of Sin”, the newest work of the Chinese independent director Jia Zhangke, which is being released in the U.S. this week:

Divided into four main sections, each centered on a different character, the movie opens near a northern town where a man in a green army coat, Dahai (an imposing Jiang Wu), has started a solitary campaign against the village chief and the local boss, who have grown rich selling collective property. Most of the villagers turn away from Dahai and his protests, laughing and grimacing by turns, seemingly resigned to what some might be called fate. Mr. Jia, however, is interested in forces beyond the providential. What concerns him are people who, caught in the jaws of historical change, are battered, exploited and dehumanized by others who now value only things, like the private plane that the big boss buys and the Maserati that he parks unlocked in front of his factory.

Shiny totems of the new China, these luxury items are in striking contrast to the village’s forlorn statue of Mao (representative of a fading belief system) and its Buddhist temple (symbol of yet older beliefs), at which Dahai takes a brutal, lonely stand. Yet while he is very much a man alone, his presence, fight against corruption and convictions rise like ghosts later in the movie, when prostitutes working in a luxurious nightclub march out in Vegas-style versions of Red Army uniforms that are perverse mockeries of Dahai’s humble coat. In some movies, such connecting moments can be quasi-mystical and sentimental (we are the world) and tend to gut whatever political point hovers in the vicinity. Here, the characters are connected by their existential reality of being alive in contemporary China. [Source]

The New York Times also interviewed Jia about the film:

Q. In the context of this film, what do you see the as China’s largest societal problem?

A. The biggest problem is the threat of personal freedom and pride. In every story in the film, each character tries to resort to lawfulness as a resolution, but to no avail. So the issue, then, is how to express oneself and be heard, because these acts of violence emerge from a place of characters trying to salvage their pride. [Source]

Given the sensitivity of the stories portrayed in the movie, it is not yet certain whether the censors will allow its screening in mainland China. However, for Jing Daily, Philana Woo argues that the film may not actually be as bold as it has been portrayed:

The film counteracts the idea of China’s “harmonious society”, glorifying individual vigilantism against corrupt officials with incredibly graphic violence. For example, it begins with the story of a villager who goes on a killing spree after becoming infuriated by a corrupt coal boss; next, a farmer escapes rural ennui by leading a double life as a professional criminal aided by an illegal handgun (Chinese law forbids civilian gun ownership). Though he breaks the law, the farmer is portrayed as a responsible family man while his victims seem to be local fat cats. Similarly, Zhao Tao’s character as a sauna receptionist and longtime mistress to a businessman elicits more sympathy than blame. She exhibits more integrity than anyone else she encounters, as shown in her rejection of mistress-dom and prostitution in favor of marriage. When she stabs an attacker in bloody self-defense, viewers are relieved.

[…] Although the film features many scenes calling out the corruption of local officials, it is careful to acknowledge only local participants in the ménage a trois of power, corruption, and wealth. Local power is a source for villains, but the official seat of it is conspicuously absent from the film apart from a scene depicting a failed attempt to post a letter of complaint to Zhongnanhai, the Chinese equivalent of the White House. In the scene, the villager is prevented from even submitting his letter to the local post office when he fails to provide an exact address. While comical, it is significant to note the official process of petitioning in the Chinese legal system that allows individuals to express grievances via letters and calls to petitioning bureaus. Some people even make it as far as Beijing, the country’s capital, but here, the villager can’t even get his letter into the box, enforcing the stark reality of both physical and mental distance between the remote village and head of government, while also relieving the latter of accountability. [Source]

See also Jia Zhangke’s interview on “A Touch of Sin”, via CDT.