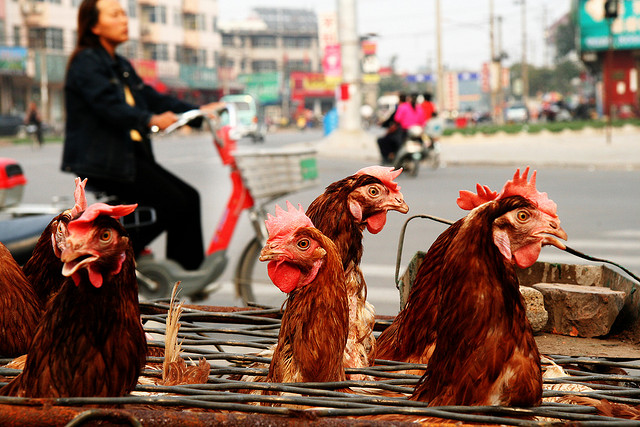 Reuters’ Kate Kelland cites warnings from scientists around the world that, after a summer lull, the H7N9 bird flu virus may return in force over the winter following two new cases this month.

Ab Osterhaus, a leading virologist based at the Erasmus Medical Center in the Netherlands who has been tracking the virus, told Reuters earlier this month: “We’re bracing for what’s going to happen next.”

[…] The researchers said that based on China’s experience in the spring, when there were 30 cases in March and 88 in April, the best approach now would be to maintain enhanced and expanded surveillance in human and animal populations to make sure any new cases of H7N9 are picked up and diagnosed swiftly.

“In particular, enhanced surveillance in poultry would be helpful if it can identify the H7N9 virus and inform early control measures before human infections occur,” the Chinese scientists said. [Source]

See coverage of the spring H7N9 outbreak and the government’s widely praised response via CDT.