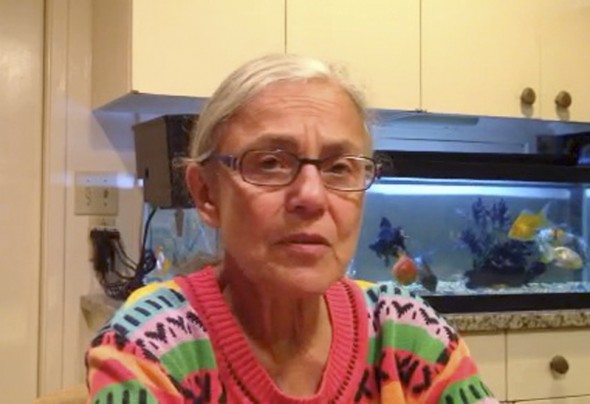 According to family members of Zhu Yufu, who has been serving a seven year prison sentence for “inciting subversion of state power” over a poem he wrote during Beijing’s 2011 crackdown on dissent in the wake of the Arab Spring uprisings, the democracy activist’s physical and mental health are deteriorating while in detention. Last week, an American doctor’s attempt to visit Zhu and provide treatment was blocked by prison officials. AFP reports:

Two US citizens were detained Saturday in China as they tried to see a jailed democracy activist to examine reports of failing health, supporters said.

[…]A Washington-based doctor, Devra Marcus, and her associate, Kody Kness, traveled to the eastern province of Zhejiang in hopes of examining Zhu.

But the two were denied entry by the prison authorities who instead detained them, according to ChinaAid, a US-based advocacy group.

[…]Marcus, in a statement recorded ahead of her trip, said that she was paying her first visit to China in hopes of studying brush painting but wanted to see Zhu at the request of her family.

Marcus voiced alarm at reports that Zhu, 60, was denied regular food and medication and had repeatedly fainted.

“Based on these reports, I am concerned that Mr. Zhu may be at risk of imminent death for want of medical care and treatment,” she said. [Source]

The Washington Post has details on how Dr. Marcus became resolved to visit Zhu, and on the doctor’s experience trying to see the jailed activist:

[…A]t the unusual sight of a foreigner at the gate, the group was quickly ushered into the prison offices, according to Marcus and Zhu’s wife, Jiang Hangli. The main official they talked to — who refused to give his name — responded at first with smiles but became increasingly angry as they kept asking to see Zhu, Marcus said.

“He said foreigners don’t belong here,” she said. The group showed him a petition China Aid had filed with the United Nations on Zhu’s behalf. “The man said the U.N. doesn’t matter here.”

Officials answering the phone at the Zhejiang prison confirmed that Zhu’s wife visited him Saturday but said they were not authorized to answer questions on other topics.

Speaking by phone outside the prison gates shortly after they were kicked out, Marcus said she’s disappointed she wasn’t able to evaluate Zhu. But she believed the visit accomplished a small amount of good nonetheless.

“We wanted to let Zhu know and the government know that the outside world cares about what happens to him,” she said. “He needs medical attention. If anything happens, if he gets worse or dies in prison, there are people watching.” [Source]