Old Dreams for a New China 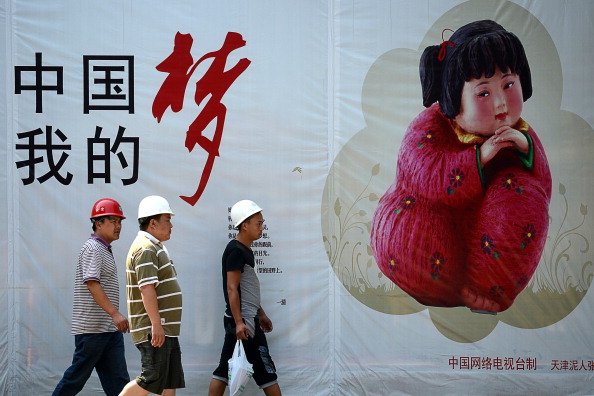 For the New York Review of Books, Ian Johnson posts photos and an essay about the propaganda poster campaign accompanying the idea of the “Chinese Dream,” a phrase employed by Xi Jinping, the meaning of which is vague and nebulous enough to defy definition. As Johnson writes, the posters may provide the clearest explanation yet of Xi’s meaning:

Propaganda posters have a long tradition in Communist China, beginning with posters in the 1950s that celebrated the new revolution and urged support for the Korean War. (A selection of these were reprinted in a recent book, Chinese Propaganda Posters.) Xi Jinping’s China Dream posters are linked to this earlier era of Communist sloganeering. The difference is that while the old posters touted Communist values, the new ones largely replace them with pre-Communist Chinese traditions—drawing on traditional folk art like paper cutouts, woodblock prints, and clay figurines to illustrate their message. This is a redefinition of the state’s vision from a Marxist utopia to a Confucian, family-centric nation, defined by a quiet life of respecting the elderly and saving for the future.

The art is courtesy of well known folk art institutions, such as the Yangliuqing woodblock printing workshops outside of Tianjin, Henan’s Wuyang peasant paintings, and the paintings of the late Shanghai artist Feng Zikai—a sign of the Party’s ability to mobilize pretty much any social organization it wants, and to appropriate symbols that it once condemned. Almost all the art used in the posters, with its depictions of traditional dress and poses, used to be derided by the Party as belonging to China’s backward, pre-Communist past; now, these aesthetic traditions are a bulwark used to legitimize the Party as a guardian and creator of the country’s hopes and aspirations. [Source]

Read more about the Chinese Dream, via CDT.