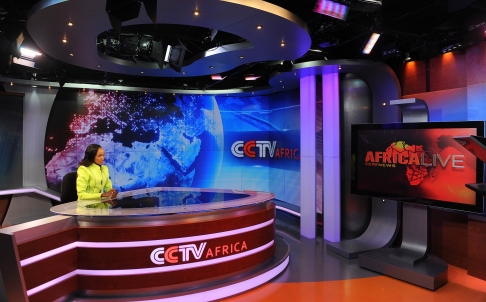 A newly released report from U.S.-based think tank Freedom House looks at the many ways that Chinese media restrictions are influencing the global news media. From Freedom House’s press release for the new report:

The study finds that Chinese officials have directly impeded independent reporting by media based abroad, barring foreign correspondents from sites of important incidents or pressuring senior executives not to publish content deemed politically undesirable to the regime.

The content targeted for censorship includes topics that may have global implications, such as human rights abuses, high-level corruption, and environmental pollution. Most frequently targeted are reports that touch “hot button” issues like the persecution of Tibetans, Uighurs, and Falun Gong practitioners, as well as Chinese-language commentary challenging the legitimacy of one-party rule. [Source]

The study breaks down four ways China uses pressure to influence media outlets outside of China: direct action by Chinese officials to punish overseas outlets that fail to heed Chinese restrictions, economic incentives to induce self-censorship among media, indirect pressure applied through proxies like other foreign governments or advertisers, and finally cyberattacks and physical assaults that the report says are not conclusively traceable to Chinese authorities.

[…] Concerned it is losing the soft-power battle to the U.S. and frustrated with what it believes is an anti-China bias in foreign media, Beijing has grown increasingly eager to improve the country’s image abroad in recent years, partly by doing more to control or influence the way it is portrayed in the media. As a result, the government has spent lavishly on an effort to expand the reach of its official media organizations, including by launching an American branch of state broadcaster CCTV that aims to mimic the success of Al-Jazeera. At the same time, it has increased restrictions on foreign media inside the country.

[…] The report also looks at Chinese influence in overseas Chinese media as well as in developing countries across Southeast and South Asia, Latin America and Africa. In one section, it notes the 2010 arrest of two Vietnamese citizens for using shortwave radio to transmit a broadcast from a radio network run by the banned Falun Gong religious movement into China. It also references a separate report (pdf) from the Center for International Media Assistance that describes direct Chinese government aid to state-run media in Africa and Latin America, training programs that bring journalists from countries in those regions to China on free trips, and the multi-billion dollar expansion of China’s state-run media groups globally. [Source]

Sarah Cook, the author of the study and a senior research analyst at the Freedom House think tank in Washington DC, said Hong Kong has been most affected. “The most notable change under [President Xi Jinping’s administration] has been the reportedly renewed commitment to ‘regain the Hong Kong media’ and subsequent personnel changes, both at the Liaison Office and within some pro-Beijing news outlets, where there is closer scrutiny by internal censors to what is published,” she said.

Hong Kong’s standing in the think tank’s annual freedom-of-the-press index has declined over the past years, falling from 30 to 35 on its 100 points ranking, in which zero denotes completely free and 96 equates to the status of the media in North Korea. In 2008, Freedom House downgraded its assessment of the SAR’s press from “free” to “partly free”.

Chinese-language news outlets outside China have also taken more advertorials and free content from Chinese state media, which have replaced Hong Kong outlets as the pre-eminent source of information, the report said. [Source]

For more on China’s expanding influence on the global news media, see prior CDT coverage of: Beijing deepening media ties with Africa amid a decline in press freedom on the continent; CCTV launching an English-language, D.C.-based American division as U.S. news organization cut back on spending; hacking campaigns waged on the New York Times and the Wall Street Journal after their publication of articles unfavorable to CCP leaders; or of physical altercations and denied visa renewals for foreign correspondents.