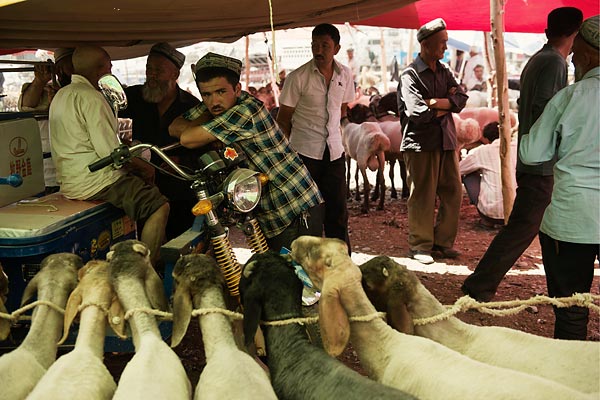 Andrew Jacobs at The New York Times reports that discrimination against ethnic Uyghurs is on the rise in the Xinjiang Uyghur Autonomous Region.

Such discrimination, common across the region, is one of the many indignities China’s 10 million Uighurs face in a society that increasingly casts them as untrustworthy and prone to religious extremism. Uighurs are largely frozen out of the region’s booming gas and oil industry, airport jobs are mostly reserved for Han applicants, and truck drivers whose national identity cards list their ethnicity as Uighur cannot obtain the licenses required to haul fuel, an unwritten rule based on the fear that oil and gas tankers could easily be turned into weapons, according to several trucking companies.

[…] “The bottom line is that the Chinese don’t trust us, and that is having a corrosive impact on life in Xinjiang,” said Ilham Tohti, a prominent Uighur economist in Beijing. “And the way things are going, it’s going to get worse.”

[…] Fear and mistrust between the two ethnicities has hardened in recent years as a growing number of Han Chinese migrants settle into heavily guarded enclaves, especially in the southern crescent of Xinjiang that remains predominantly Uighur. Even in Urumqi, where ethnic Han Chinese make up 75 percent of the population, knots of heavily armed police officers in fatigues are positioned throughout Uighur neighborhoods; after dark, Uighur men are barred from the front seats of taxis, according to a local ordinance cast as an anticrime measure. [Source]

Meanwhile, police in Xinjiang have detained more than 100 people on suspicion of “promoting jihad,” Reuters reports:

Xinjiang police were investigating 256 people for spreading “destabilizing rumors” online, the Xinjiang Daily newspaper said. Of those, 139 spread rumors about jihad, or Muslim holy war, or other religious ideas. More than 100 had been detained.

“Our local public security bureaus are strongly cracking down on those who engage in illegal activities online,” the newspaper said. “Xinijang must not allow the internet to become a platform for crime.”

Authorities frequently detain and arrest Uighurs for activities that they say extol religious militancy and ethnic separatism. But the latest crackdown is linked to a nationwide campaign against online rumors.

[…] Dilxat Raxit, a spokesman for the exiled World Uyghur Congress, said the government campaign was aimed at stopping Uighurs from getting information on the Internet. [Source]

The Uyghur Human Rights Project (UHRP) is proud to unveil its new website in the Chinese language, which it hopes will build bridges between the Uyghur and Chinese communities as they strive to bring democratic reform to China. UHRP believes a Chinese language website will help to draw connections between the struggle for Uyghur human rights and broader Chinese democracy activism.
[Source]

See also updates on the 2009 Xinjiang riots and how music is playing a role in bridging the gap between the Han and Uyghur divide.