Blood, Fear and Hip-Hop in Xinjiang 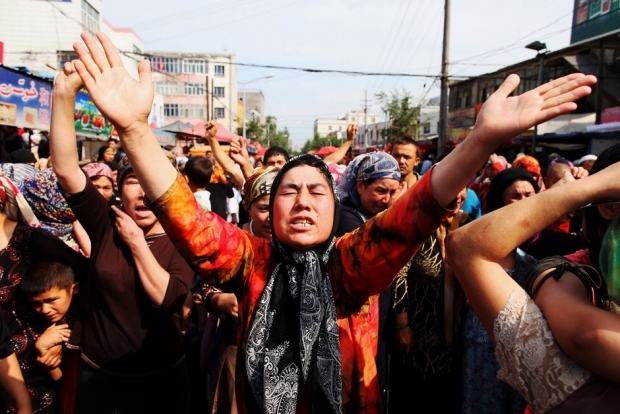 At ChinaFile, James Palmer mounts a wide-ranging exploration of tensions between China’s Han majority and the Uighur inhabitants of Xinjiang. He discusses the deadly 2009 riots and subsequent outbreaks of violence, competing narratives pushed by Chinese state and Uighur exiles, and the historical, cultural and other roots of mutual distrust and resentment.

Today, Uighur-Han ethnic relations are the most bitter in China. On the Uighur side, the reasons are obvious; as they see it, the Han are occupiers, invaders, and despoilers. Uighur conversation, particularly among men, is full of casually derogatory references to the Chinese. The state and the locals in Xinjiang literally keep different time—State institutions, and most Han, go by Beijing time, universal across the country, but Uighur keep time by the geographical reality of their time zone, a difference of two hours, while local businesses oscillate between the two. In practice, Uighur switch easily between “Xinjiang time” and “Beijing time” and confusion is rare. But many Han, segregated in communities under Beijing’s watch, stick only to one clock, preferring a government-approved rhythm of the day over a more natural one. Uighur asked the time by unthinking Han will give Beijing hours if they want to help, but local time if they feel mischievous.

[…] Among the Han, the popular dislike for Uighur is more complicated. Some of it is simple resentment against minorities. Uighur and Tibetans are seen as ungrateful recipients of national largesse, especially since huge sums of money have been poured into China’s “backward” and “uncivilized” Western regions. From a grassroots Han perspective, the minorities get all the breaks: more generous social welfare, the leeway to have more than one child, lower score requirements to get into college, reserved spots in local government. [Source]

Palmer also focuses on music, “one of the very few areas where Uighur have a positive reputation in wider Chinese culture,” but one which for the most part fails to narrow the gap. Uighur songs popular among Han audiences are derided as neutered and stolen, while “the Uighur refusal to participate in popular Chinese culture is near-absolute”: the disaffected masculinity of many young Uighur men instead fuels an affinity for imported hip-hop. But Sameer Farooq, director of music documentary The Silk Road of Pop, tells ChinaFile’s Nick Holdstock that some metal and hip-hop acts and audiences do manage to bridge the divide:

It was our impression that the music scene functioned quite differently than the traditional record label/tour model. Some of the musicians we met did aspire to go to Beijing to try to get more exposure there. Some, like Six City, would travel around the country and participate in battles that were organized among the rap community. Others would jump entirely over China and form international links, collaborations with people interested in Uighur music.

What was common among all of the musicians we spoke with was a shared struggle to make a livelihood through their music. It was very difficult to get the rest of China to know or understand what was going on in terms of new music production in Xinjiang. There was an enormous initiative on the part of many groups to organize showcases on their own, bringing together a number of bands to hold a concert. Usually these shows would take place in the afternoon, and draw thousands of young people from both the Uighur and Han communities. The bands playing would also straddle many cultural groups. It was very encouraging to see that the audiences were mixed. This was also due to the fact that the bands on the bill were from a variety of different groups. But this also largely depends on the show. [Source]