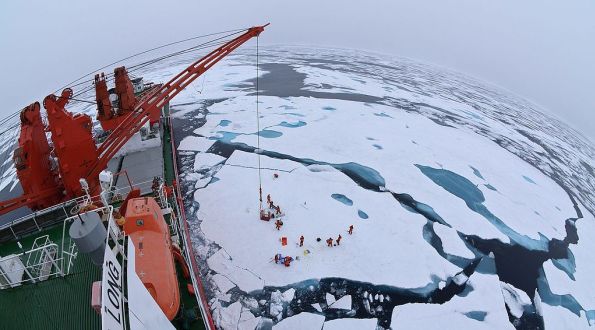 Despite persistent buzz about its ambitions in the Arctic, most of China’s polar resources are directed towards Antarctica. At The Economist’s Analects blog, Nicola Davison noted the departure of the country’s 30th Antarctic expedition on Thursday, and plans for a fifth Chinese research station on the continent.

China is steadily implementing its considerable polar ambitions. Over the past two decades its yearly Antarctic spending has increased from $20m to $55m, some three times the country’s investment in the Arctic. There are many reasons to stake a claim, not least to bolster national pride and global geopolitical clout. The goal of the current five-year polar plan, according to Chen Lianzeng, the deputy head of China’s Arctic and Antarctic administration, is to increase the country’s status and influence, in order to protect its “polar rights”.

[…] Antarctica is the last unexploited continent. To some, this warrants a raft of conservation measures. To others, it is all potential, waiting to be reaped. As with the Arctic, China is explicit about its resource-acquisition objectives. The Southern Ocean is full of fish. Recently, Ukrainian scientists found a 600 sq-km (230 square-mile) petroleum field. Antarctica also has deposits of coal and other valuable minerals, though the scale is unknown. The Protocol on Environmental Protection upholds a mining ban until 2048, when it is to be reviewed. Anne-Marie Brady, author of an upcoming book on China’s polar strategy, says that despite this protection and the fact that change has to be consensual, the eventual exploitation of Antarctic resources is inevitable. [Source]