China to End Some Cosmetics Testing on Animals 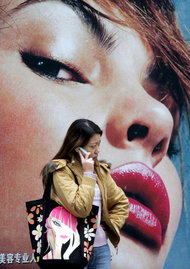 The China Food and Drug Administration is planning to remove mandatory animal testing requirements for certain cosmetic products. From The New York Times:

In a document dated Nov. 5, the China Food and Drug Administration asked for opinions about proposed regulatory changes, including in the cosmetics approval system, “in order to improve regulatory management and improve consumers’ health rights.” Proposal No. 1, of three, says domestically produced, “non-special use” cosmetics no longer have to meet former requirements of testing on animals, starting from June 1, 2014.

So far, the proposed changes do not apply to imported cosmetics. “Non-special use” cosmetics refers to daily use items such as shampoos and fragrances.

This regulatory change will allow foreign firms that are opposed to animal testing to tap into the Chinese market. Reuters reports:

This may enable firms which do not allow the practice, such as British cosmetics retailer The Body Shop, wholly-owned by L’Oreal S.A., to enter the country’s 134 billion yuan ($22 billion) cosmetics market.

“Under the proposal, non-specialised cosmetics produced in China could avoid toxicological testing when going through risk and safety checks. This would include animal testing,” the CFDA said in comments emailed to Reuters on Wednesday. They clarified a statement published on its website last week when it sought public opinion on the proposed changes.

[…] “The Body Shop welcomes the signals that the Chinese authorities are adopting a new approach to cosmetic testing,” spokeswoman Louise Terry said in emailed comments from London.

“We have campaigned against animal testing for over 20 years and we look forward to selling our products in China one day.” [Source]