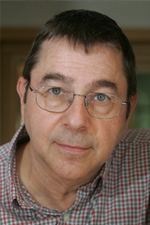 After waiting for eight months in Berkeley, California, award-winning veteran China journalist Paul Mooney learned yesterday that the Chinese Foreign Ministry rejected his visa application to start a new job as a reporter for Thomson Reuters, a move which will “certainly add to the anxieties of foreign reporters in China.” Andrew Jacobs reports for The New York Times:

Mr. Mooney said he suspected that the government’s decision to deny him a visa was punishment for his persistent coverage of human rights abuses in China. In April, after submitting his visa application to the Chinese Consulate in San Francisco, he was summoned for an interview, where he was questioned about previous articles and asked to explain his position on delicate issues like Tibet. The interview ended with a barely veiled threat. “They said, ‘If we give you a visa, we hope you’ll be more balanced with your coverage,’ ” he said he was told.Mr. Mooney, 63, now living in Berkeley, Calif., said Reuters told him that it would not continue pressing China over the issue.Barb Burg, a spokeswoman for Reuters in New York, said, “We are in the process of considering other posts for Paul within Reuters.” Calls to the Foreign Ministry in Beijing went unanswered.[Source]

On her blog Recovering Foreign Correspondent, journalist Mary Kay Magistad writes that Mooney is a victim of the Chinese government's insecurities:

As Party leaders meet Nov. 9-12 in a plenum that state news agency Xinhua says will address “major issues concerning comprehensively deepening reforms,” few are holding their breath that the Party will attempt any reform that threatens its continued rule. And these days, especially the Party seems to be feeling easily threatened. So – a few tweaks to make economic reforms more efficient and inclusive? Sure. Any moves in the direction of empowering civil society? Not likely.It’s a shame that Paul Mooney is a casualty of the Chinese government’s considerable insecurity, as was Melissa Chan last year. Melissa was China correspondent for Al Jazeera English and, like Paul, was both tough and fair in her reporting on China, living out the old adage that good journalism should “comfort the afflicted and afflict the comfortable.” I respect them both as colleagues, and enjoy their company as friends, so there is at least a silver lining (for me) that we’ve all ended up in the Bay Area. But at least I chose to be here. I wish they’d had the same opportunity to choose, and already miss their reporting in China.[Source]

Mooney has reported on China, Taiwan, and Hong Kong since 1985 and first became interested in journalism while he was a teenager enlisted in the U.S. Army in Vietnam in 1968. Read more about Paul Mooney's career here.

In another blow to foreign media in China, the New York Times recently revealed allegations by Bloomberg reporters that their editor in chief had decided not to run a politically sensitive story on China, saying he worried that Bloomberg would be kicked out of the country.